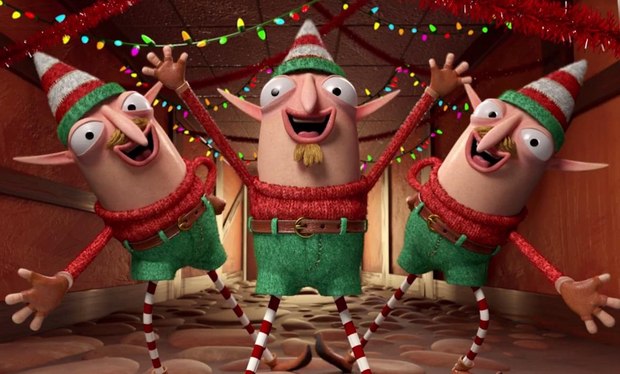 Now a Vimeo Staff Pick, the hilarious short showcases the amazing creative work of the London-based studio, and captures the true spirit of Christmas, buying more stuff! It features a collective of mischievous elves mocking the latest must-have items of 2015 in Santa's sweatshop. The festive song was written and produced by musical comedian Ben Champion.

The production time on Blue Zoo’s festive short was incredibly tight, with a timescale of just eight weeks to deliver a two-minute all singing, all-dancing animation.

“We had just three weeks for lighting and rendering which is a really big challenge. To deal with this, we opted to use Redshift, as we knew it could deliver the very high quality visuals we wanted without missing our strict deadline,” commented Tom Box, co-founder & producer at Blue Zoo.

Redshift is the recent winner of the Best New Application award in the 2015 CG Awards. It’s the world’s fastest production-quality, final-frame GPU renderer. Blue Zoo was an early adopter of Redshift and has been using the solution since February 2015.

Box added, “The first things we made were the characters, the speed at which we could look dev these using Redshift was incredible. It set the team's render benchmark very high from the start, and was the main driving factor of the quality across the project from then on. They say you can't have quality, speed and budget efficiency at the same time, I think Redshift has well and truly broken that rule!”

Blue Zoo is a multi BAFTA winning animation production company based in London, crafting creatively playful CG character animation for all digital media platforms, with a fresh and quirky edge.