Update includes over 100 new presets for new and updated tools. 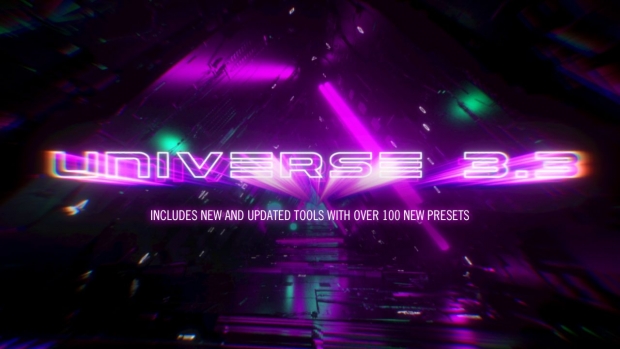 FRIEDRICHSDORF, GERMANY -- Red Giant has just released an update to Universe, its collection of GPU-accelerated plugins for editors and motion graphics artists. Universe 3.3 delivers two new tools and an update to four current ones in the existing Universe suite. Visual artists will have access to a greater selection of dynamic tools for motion graphics with the introduction of Quantum and Modes and as well as the updated versions of the Glow, Glimmer, Chromatic Aberration and Hacker Text tools.

Universe 3.3 includes a total of over 100 new presets for the new and updated tools.

Learn more about what is new in Universe 3.3 and how to update on the Red Giant blog.

Red Giant Universe is available as a standalone subscription or as part of Red Giant Complete, the subscription service that gives editors, motion designers and VFX artists all Red Giant tools at one low price - Trapcode Suite, Magic Bullet Suite, Universe, VFX Suite and Shooter Suite. With Red Giant Complete, annual subscribers will have the most up-to-date versions of all tools, saving thousands of dollars over traditional perpetual licenses.

Universe 3.2 runs on Windows and OS X, and includes over 80 tools that run in: