Creator Iginio Straffi took to Instagram to reassure fans the title will live on in multiple formats, despite Netflix’s surprising cancellation of the show earlier this year. 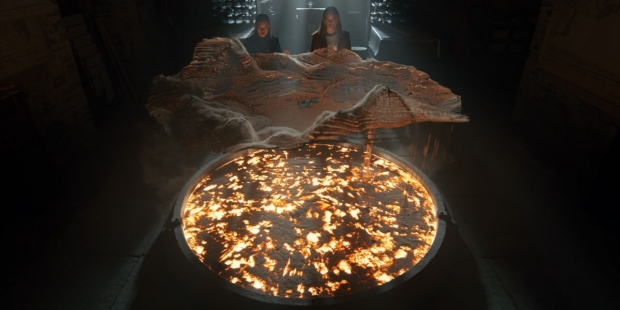 When one door closes, another opens. Showrunner Brian Young recently took to Instagram to announce that his Netflix series, Fate: The Winx Saga was cancelled after two seasons.

In the social media post, Young laments the move was, “especially tough because I know how many of you loved this season. It’s a heartbreaking silver lining, but a silver lining all the same. I’m so proud of everyone who worked on the show, and so happy we got to tell the stories we did. Our cast and crew put in a ton of hard work creating this world and these characters. I’m grateful for each and every one of them, and for all of you for watching. It’s been an amazing four years. Hopefully we’ll see each other again in the future.”

Thankfully, fans will see more of the series very soon.

Iginio Straffi, creator of Winx, has just taken to Instagram to announce that a live-action film and a CG animated series reboot are in the works for the wayward title.

Notably, Straffi states, “First off - a brand new CG Winx animated series reboot is going into production. Yes, a reboot that I promise to sweep you back to the Winx world. Stay tuned to know more about it and where to find it.” Additionally, “For all the love you have given to Winx, I am working hard hoping to bring you a top-quality movie where you can experience the Winx world, embracing once again all the core values of what this iconic brand has meant for you.”

This seems an appropriate move, as the Fate characters hail from the original 2004 Winx Club animated series on Nickelodeon, which had an impressive eight season run. The Netflix series follows Bloom as she adjusts to life in the Otherworld, where she must learn to control her dangerous magical fire powers. The series touted an impressive cast, including Abigail Cowen, Hannah van der Westhuysen, Precious Mustapha, Eliot Salt, Elisha Applebaum, Danny Griffin, Sadie Soverall, Freddie Thorp, Theo Graham, and Robert James-Collier.

Young served as creator, executive producer, and showrunner for the Netflix series, with Judy Counihan and Kris Thykier from Archery Pictures, and Joanne Lee and Cristiana Buzzelli from Rainbow also executive producing.