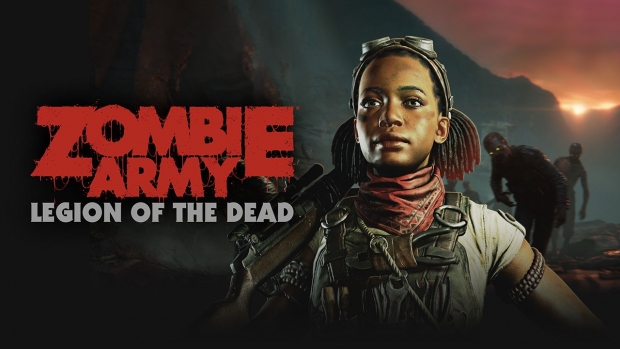 The film is set in the same dystopian world as the Zombie Army video game franchise, taking viewers deep into the heart of the action as Shola and Boris from the Alpha Squad set out on a mission that runs parallel to the storyline of the game.

“We are extremely proud of the Zombie Army short film,” shared Rebellion VFX head He Sun. “It showcases a unique way of working, utilizing existing assets and powering the creation with video game engines to empower a new kind of storytelling. We hope that fans of the Zombie Army franchise enjoy the new short film.”

If it’s got zombies, and fighting, you know it’s gotta be fun!

“How creatives use these tools is completely up to them,” added Sun. “They can create a vision that sits alongside the existing storylines or create something completely unique and separate. The truly incredible thing as a creative is the immediacy of the process. Traditionally you would be waiting hours, perhaps days, to see your renders, but the beauty of working in game engine is that you are able to do everything on the fly, in real time. This allows you to constantly change and iterate to ensure you get the perfect result.”

Check out the behind-the-scenes documentary revealing the virtual production techniques used to create the short film Zombie Army: Legion of the Dead.

“Rebellion VFX has created and showcased an incredible tool, not only for creating final releasable content, but also for pre-visualization and pitching,” noted Rebellion CEO Jason Kingsley. “The process is so quick and cost-effective when compared to the traditional methods.”

“The team at Rebellion VFX is already working on several projects, both in video games and in film and TV, using this technology,” he continued. “This is not only on Rebellion-owned IP and licenses but also for third parties in all strands of the entertainment industry. The possibilities are endless, and the quality is only going to improve over time.”