Featuring action-packed assets produced by company’s VFX studio, the cinematic hints at new ‘Invasion Mode’ which promises to bring a new dimension to the gaming experience; latest installment of the franchise will release on multiple platforms later this year. 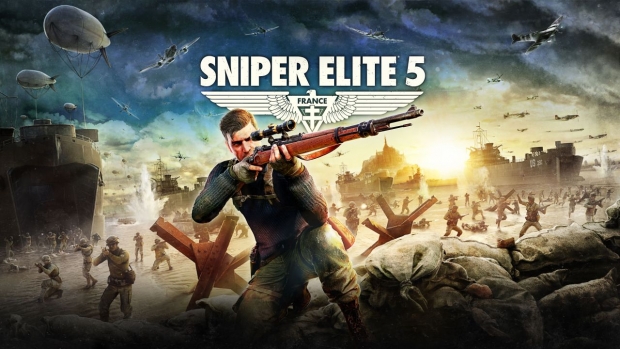 Independent entertainment studio, Rebellion has released a new CGI trailer for the popular tactical shooter video game Sniper Elite 5, the latest installment of the award-winning franchise. The third-person tactical shooter emphasizes a less direct approach to combat, encouraging the player as a sniper to use stealth and keep distance from enemy soldiers. The trailer, created by the studio’s dedicated production company Rebellion VFX, uses both in-game and bespoke VFX assets with a tailored audio mix to create the action packed cinematic.

The trailer hints at the new Invasion Mode which promises to bring new dimension to the game’s drama and add increased diversity to the tactics players will have to employ to complete their mission. “Invasion Mode is a fantastic addition to the gameplay experience of Sniper Elite 5,” explained Rebellion CTO Chris Kingsley. “A human controlled invader can act in ways that are so diverse and unpredictable, which adds to the challenge and ramps up the tension even further. The player will be informed that an invading Axis Sniper has joined their game and from that point on it becomes an extremely intense, high stakes game of cat and mouse.”

Kingsley continued, “For those players who just want a solo gameplay experience there will be the option to switch Invasion Mode off, but we recommend that everyone gives it a try at some point. We have been having a lot of fun with it in the studio, jumping into each other’s games and finding innovative, stealthy ways to take each other out.”

“It has been a real pleasure for Rebellion VFX to be collaborating with the Sniper Elite brand, to be involved in working on such a title was a real privilege,” noted Rebellion VFX head He Sun. “We wanted to create a trailer that evoked a gritty and down-to-earth feeling in its cinematography, as if it was shot with a film crew on a real location. Technically, we relished the challenge of implementing USD (Universal Scene Description) pipeline in our offline rendering workflow. It was an enjoyable creative process with the whole which will hopefully be enjoyed by our passionate community of Sniper Elite fans too.”

Recognized for its unparalleled tactical sniping experience, Sniper Elite 5 will release simultaneously on Xbox Game Pass, Xbox One, Xbox Series X|S and PlayStation 4 & 5, Epic, Steam and Windows Store in 2022. Players will reprise the role of elite marksman Karl Fairburne as they travel to France in 1944 tasked with the mission to uncover and destroy the Nazi’s latest plan: Operation Kraken.