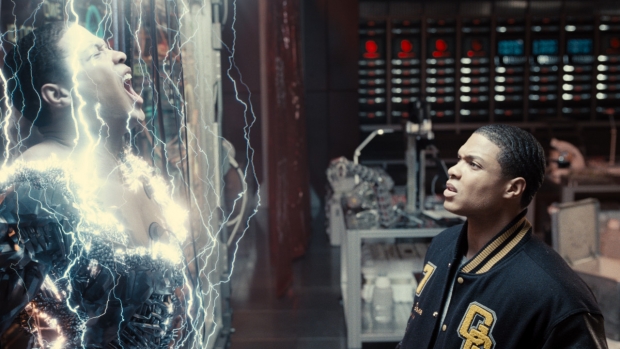 Ray Fisher’s campaign against Joss Whedon and DC Films President Walter Hamada continues. Late last year, WarnerMedia launched an investigation into Fisher’s claims of abusive behavior on the set of Justice League, which was promptly closed with vague denials of mistreatment and promises of remedial action. Now, the Cyborg actor is disputing comments made by WarnerMedia Studios CEO Ann Sarnoff about the investigation. According to Variety, “Fisher has alleged that Warner Bros. executives attempted to impede the investigation of racially biased behavior regarding the film,” and Sarnoff’s comments only fuel the fire.

In an interview with Variety this week, Sarnoff claimed the investigation could not corroborate any of Fishers allegations, especially those claiming Walter Hamada interfered with the findings.

“Our investigator, Judge Katherine Forrest, has issued statements specifically about Walter Hamada, saying that there was no evidence of interference by Walter in the investigation,” Sarnoff said. “She said that the cuts made in the Joss Whedon version of Justice League were not racially motivated. We took it very seriously, so we hired one of the top investigators out there and gave her a tremendous amount of leeway.”

Fisher is now firing back against Sarnoff’s comments on Twitter in a five-part statement.

Apparently some folks at @WarnerMedia think that a room full of executives saying “we can’t an angry Black man at the center of the movie” (and then reducing/removing all Black and POC from that movie) isn’t racist.

Fisher’s statements continue over four more Twitter posts. “As I’ve said – people will attempt to shift blame completely to Joss Whedon for the Justice League reshoots. Toby Emmerich, Geoff Johns, and Jon Berg share in that responsibility; with Johns working directly with Joss on restructuring the script based on exec’s convos.” The ousted actor concludes his sentiments by saying, “rather than trying to convince people on what the Justice League investigation DIDN’T find – how about you start telling them what it DID.”

Fisher maintains he was removed from the upcoming The Flash film for speaking out, disputing claims Sarnoff made in the interview where she stated, “There really was nothing that Walter did against Ray, in fact he offered him a role in the Flash movie. Walter happens to be a person of color, so he knows what that feels like.”

While we will never know what truly happened between the actor, director, and studio, it seems that this issue will not be resolved any time soon, and Fisher will certainly not be silenced. After such an impressive performance in Zack Snyder’s Justice League, it is a shame that, at least for now, Fisher’s Cyborg will not be making another appearance in the franchise.