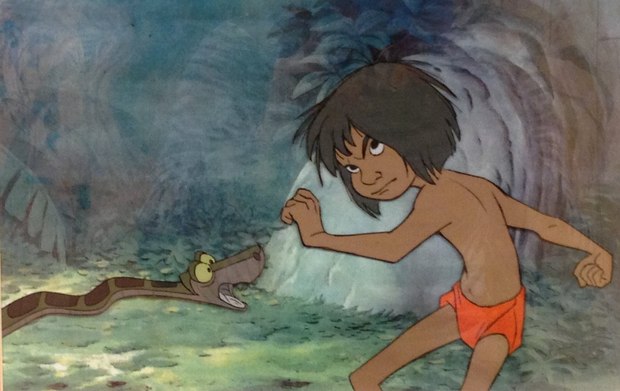 On Friday, May 27, 2016, the online auction house Auctionata will present the “Icons of Animation & Illustration” auction. In partnership with the vintage pop and animation art gallery Choice Fine Art and curated by Choice Fine Art president Ari Goldman, this exceptional sale explores over eight years of history of the most notable studios, artists and characters of our time.

From the studios of Walt Disney, Hanna-Barbera, and Warner Bros. emerged beloved characters including Mickey Mouse, Scooby-Doo and Bugs Bunny. Icons of Animation & Illustration celebrates these lovable characters that became household names around the world. Included in this auction is a production cel and drawing of Bugs Bunny from 1982, (starting price $450). Impressively, this piece is signed and inscribed “Eh-What’s Up Doc?” by the voice of Bugs Bunny, Mel Blanc.

In celebration of the release of the epic adventure The Jungle Book (2016), this auction is led by Mowgli & Kaa, an original production cel from 1967 (starting price $500). This vividly colored piece illustrates the earliest depictions of the animated classic.

With a continued demand for animation and illustration art, Auctionata offers this extensive collection of vintage animation art, production cels, limited edition prints and unique drawings. With starting prices beginning at just $100, Icons of Animation & Illustration allows an opportunity for collectors and enthusiasts to own an iconic and beloved piece of animation history.

“In a sweeping range of both accessible and important examples of iconic characters and films, the sale offers diverse levels of works certain to appeal to budding collectors and advanced animation and illustration connoisseurs alike,” comments Steven Brezzo, Auctionata head of Collectibles and Comic & Cartoon Art. “Original works, multiples and cels from beloved films are all part of this attractive and appealing sale event.”

The auction can be followed live on www.auctionata.com or via the “Auctionata Live” iPhone app. The complete catalogue can be viewed here: Icons of Animation, Friday, May 27, 2016, at 4pm EDT / 10 pm CET.