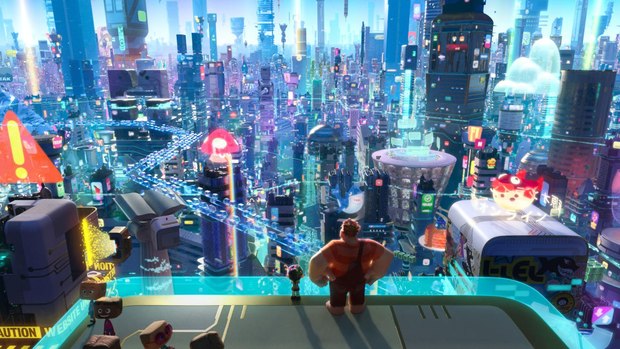 With a domestic haul of $84.5 million, Wreck-It Ralph 2 is topped only by Disney’s Frozen, which debuted to $93.6 million the same weekend in 2013. Including Moana, which saw a $56.6 million domestic debut in 2016, Walt Disney Animation Studios now holds the top three Thanksgiving openings ever.

Overseas, where Ralph Breaks the Internet has opened in 18 markets including China, Russia, and Mexico, the film has made an additional $41.5 million for an early worldwide total of $126 million.

By comparison, the first Wreck-It Ralph movie earned $189.4 million domestically and $307.9 internationally for a total of $496.5 million globally following its 2012 release.

In Ralph Breaks the Internet, video-game bad guy Ralph (voiced by John C. Reilly) and best friend Vanellope von Schweetz (Sarah Silverman) leave the comforts of Litwak’s arcade in an attempt to save her game, Sugar Rush. Their quest takes them to the vast, uncharted world of the Internet where they rely on its citizens -- the Netizens -- to help navigate their way.

-- Only on ANIMATIONWorld:
Breaking the Rules: Phil Johnston and Rich Moore Return for 'Wreck-It Ralph 2' --