Rainmaker Entertainment appoints former MGM executive Steve Hendry to the Board of Directors at the company’s annual General Meeting held on July 17, 2014. 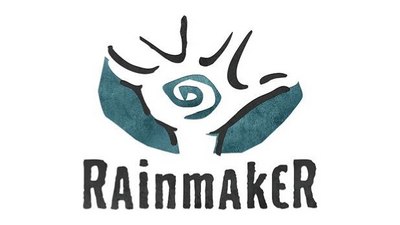 VANCOUVER -- Rainmaker Entertainment has appointed former Metro-Goldwyn-Mayer Inc. executive Steve Hendry to the Board of Directors. The decision was made at the Company’s Annual General Meeting held on July 17, 2014.

“Steve’s background in the entertainment industry and wealth of financial knowledge are of tremendous value to Rainmaker, particularly as we expand our focus beyond work for hire projects towards developing our own intellectual property, as well as building our slate of television content under our Mainframe Entertainment division,” commented Rainmaker’s Chairman and CEO Craig Graham in making the announcement. Hendry currently serves as an Advisor to several media companies, as well as a visiting Professor at the Anderson School of Management at the University of California at Los Angeles. Prior, he served as Senior Executive Vice President of Television Operations at MGM and was responsible for financial operations, forecasting, planning and analysis for the division, which encompassed Television and Digital Distribution, Television Production and Worldwide Channels. His September 2011 appointment to that position followed a 13-year career with the company in various senior finance roles, including Senior Executive Vice President, Finance and Executive Vice President and Chief Financial Officer. Hendry was instrumental in the financial and corporate restructuring of the studio from 2005 to 2010. Previous career highlights include Vice President, Worldwide Planning, at Virgin Interactive; and Executive Director, Financial Reporting at Paramount Pictures.

Hendry began his career in the Entertainment Group of Ernst & Young. He holds a Master of Business Administration degree from the Anderson School of Management at the University of California, Los Angeles and a Bachelor of Commerce degree from the University of British Columbia. Hendry is a CPA (California) and a Chartered Accountant (British Columbia).

Rainmaker Entertainment is currently working on its second theatrical feature, Ratchet and Clank, in partnership with Blockade Entertainment, based on the bestselling PlayStation video game franchise published by Sony Computer Entertainment America LLC (SCEA) and developed by acclaimed game developer Insomniac Games. The film is slated for release in 2015. Rainmaker’s film unit also continues to provide CG animation production services to partners, and is currently in production on a feature-length Barbie DVD movie for Mattel. Since announcing its return to television development and production in 2013 under the Mainframe Entertainment banner, two animated series are currently in the pipeline. In Fall 2013, the company announced its plans to develop a new version of its iconic CG-animated ReBoot series, and in April 2014, began production for HIT Entertainment of 104 10-minute episodes of the new CG-animated Bob the Builder series.