$17 million CAD deal to see former DHX Media exec and Nelvana Limited and Cookie Jar Entertainment co-founder Michael Hirsh to lead the company as CEO and chairman of the board; Frederator Networks founder Fred Seibert to join the company as COO. 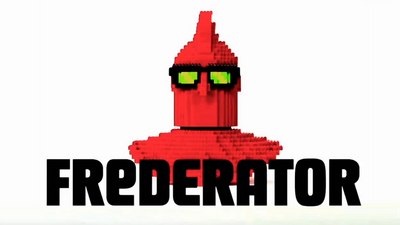 The deal -- which is still subject to shareholder approval -- was made for $17.0 million CAD, which will be paid via the issuance of 83 million common shares of Rainmaker at an issue price of $0.20 per share, and the grant of options to certain employees of Frederator with an aggregate value of $0.4 million.

Rainmaker has also agreed to concurrently acquire, pursuant to an arm’s-length share purchase agreement, Ezrin Hirsh Entertainment at an implied enterprise value of approximately $5.2 million to be paid by the issuance of 26 million common shares of Rainmaker at a deemed issue price of $0.20 per share.

Following the completion of the transaction, Rainmaker intends to change its name to WOW! Unlimited Media, reconstitute its board of directors, implement a 10:1 share consolidation and reorganize its capital structure to meet the Canada Broadcasting Act requirements regarding Canadian control.

The Transaction is a transformational event for the Company and will combine its existing animation infrastructure with the world’s largest animation multi-channel network and an industry leading management team. Frederator, launched in 2012 and headquartered in New York, manages the Channel Frederator Network, the world’s largest digital animation-only multi-channel network on YouTube. From December 2014 to June 2016, Frederator has grown from 109 million monthly views to 450 million monthly views. Seibert, founder and CEO of Frederator will become the Chief Creative Officer at WOW! and will continue to focus on building the YouTube platform and other upcoming platforms, as well as top end content creation.

“Frederator’s goal of pursuing world class talent will be increased exponentially by creating WOW! Unlimited with Michael Hirsh and his team, and Rainmaker Entertainment,” Seibert, who will become the largest shareholder in WOW!, commented about the deal. “The vertical integration will facilitate discovery of new digital filmmakers, leveling them up to produce premium, global programming, while simultaneously growing digital platforms with both advertising and subscription support.”

“WOW! Unlimited is combining Frederator, the world’s leading digital animation network, Rainmaker, a leading and innovative animation production platform with the management team from Ezrin Hirsh including Bob Ezrin, Neil Chakravarti, and Christian Davin, all superstars in their own right,” Hirsh, the largest shareholder of EH and the incoming CEO and Chairman, commented on the business combination. “Through partnerships with great media and telecom companies around the world, we will build the definitive next generation global kids and youth company.”

Craig Graham, the current Chairman and CEO of Rainmaker added, “I appreciate the efforts and cooperation of the Rainmaker bondholders, shareholders, and management in consummating this transformational transaction. We have worked hard at Rainmaker to build a great animation studio with the support of our clients, and we welcome the Frederator and Ezrin Hirsh teams to work together with us as we grow to the next level.”