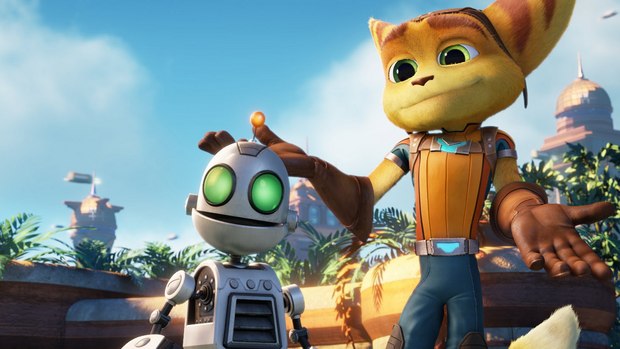 CMG President Edward Noeltner said, “Michael Hefferon’s Rainmaker Entertainment and Brad Foxhoven’s Blockade Entertainment are producing two enormously exciting feature films for a worldwide audience based on very well-known franchise properties.  It has been truly gratifying to find such strong support for both properties from our international distribution partners.”

Both films will have the promotional and marketing support from PlayStation’s PSN (PlayStation Network) which reaches over 100M homes worldwide.

Ratchet & Clank is already well into production in Vancouver and is looking forward to an early 2015 release.  The Ratchet & Clank franchise has been a huge global success, selling over 28 million video games worldwide since it first came onto the market in 2002. Start of production on Ratchet & Clank was originally in April of 2013, along with the release of the film’s first official teaser trailer on YouTube. That trailer has garnered 5 million views on YouTube to date. The feature is being made in association with Sony Computer Entertainment America, and video series creator, Insomniac Games.  The original screenplay was written by TJ Fixman with Kevin Munroe (TNMT) directing and Jericca Cleland co-directing.  Producers are Brad Foxhoven, David Wohl and Kylie Ellis with Executive Producers Michael Hefferon and Kim Dent Wilder as well as David Sheldon, President of Film Financial Services which arranged for financing on both projects.

Ratchet & Clank tells the story of two unlikely heroes as they struggle to stop a vile alien named Chairman Drek from destroying every planet in the Solana Galaxy.  Ratchet is the last of his kind – a foolhardy “Lombax” who has grown up alone on a backwater planet with no family of his own. Clank is a pint-sized robot with more brains than brawn. When the two stumble upon a dangerous weapon capable of destroying entire planets, they must join forces with a team of colorful heroes called The Galactic Rangers in order to save the galaxy. Along the way they’ll learn about heroism, friendship, and the importance of discovering one’s own identity.

Sly Cooper is a kinetic and comedic heist film that tells the story of Sly Cooper, an orphaned raccoon thief, along with his childhood friends and partners in crime, Bentley Turtle and Murray Hippo. In the film, Sly learns of his birth family’s secret legacy; that he comes from a long line of talented international thieves. Endowed with this knowledge, Sly and his friends are catapulted into a global adventure as they race to reassemble pieces of an ancient book holding the Cooper Clan’s family secrets before it can fall into the hands of Clockwerk - an evil Russian metallic owl bent on ending the Cooper family line. From romantic Parisian backdrops to the lush mountains of China, gritty film noir meets bright, colorful graphic novels in this original story of the world’s greatest thief-turned-hero. Feature is set for delivery in early 2016.