Rainbow expands its US presence with the addition of Earthbound to its network of representatives. 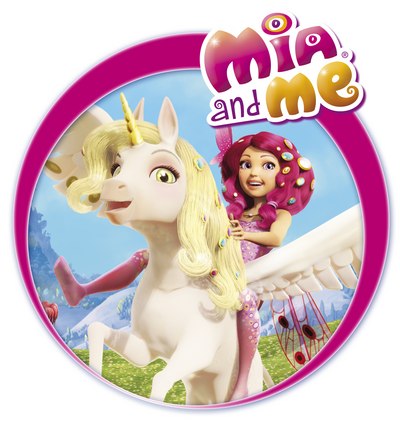 Rainbow has added a new US agent, Earthbound, to its network of representatives. The agency will represent both Winx Club and Mia and me across the US.

Winx Club is the global phenomenon that is celebrating its tenth anniversary this year, underlining its status as one of the most successful girls’ properties of all time. Comprising 156 animated episodes and three feature-length movies that mix 2D animation and CGI, Winx Club follows the adventures of a group of young fairies and combines action and adventure with comedy. Series 6 has just been released to huge global acclaim and series 7 is currently in production, with a projected release date of 2015. An eagerly anticipated third movie – The Mystery of the Abyss – had its global premiere in Italy this September before hitting territories across the world throughout the rest of the year.

Mia and me is the award-winning co-production with Lucky Punch GmbH/M4e that chronicles the adventures of 12-year old Mia in the mystical land of Centopia and mixes live action with CGI animation. TV companies worldwide have already snapped up the property and it is currently being shown by more than 70 broadcasters in over 80 territories, with a second series currently in production. A full range of merchandise has been launched in established territories, including an exciting toy line from international toy partner Mattel.

Comments Milin Shah of Earthbound, “It’s exciting to be working with such a creative and enthusiastic partner as Rainbow and two such fantastic brands as Winx Club and Mia and me. We will be working hard together to spread the magic of these two properties across the US!”

Adds Antonella Ceraso of Rainbow, “Our marvelous brands deserve to be represented by the very best agents out there and that’s why we have chosen Earthbound – their intimate knowledge of the US market will help us build a fabulous licensing programme for both these properties in the US.”