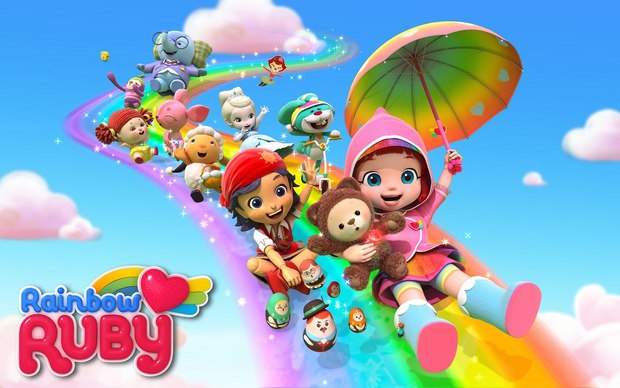 The series currently airs on multiple major media broadcasters in Asia including ABS-CBN (Philippines), RTV (Indonesia), Thai PBS (Thailand) and Yoyo TV (Taiwan) -- which has received positive feedback from fans since their August 2016 launch. Additional channels are expected to air the series within the year.

DHX Media has signed 10 broadcast deals with networks across the globe, including Family Jr in Canada, TV3 in Ireland, Jim Jam in Benelux, YLE in Finland, NRK in Sweden, Discovery for its Frisbee channel in Italy, Canal Panda and SIC in Portugal, Hop! Media Group in Israel, MiniMini+ in Poland, and Minika in Turkey.

Rainbow Ruby is a 3D CGI preschool animation series that follows a six-year-old girl named Ruby as she transports to Rainbow Village where her toys come alive and she must take on different professions to solve problems creatively. The series aims to help empower children to dream big and look to a bright future.

“We are thrilled with the positive response to Rainbow Ruby from both broadcasters and viewers,” said Dong Sig Shin, Head of Animation Division, CJ E&M. “The series has been well received by our current broadcast partners and we look forward to announcing new global media partners throughout the year.”