Rainbow Magic Set to Cast a Spell at NATPE

Animation studio Rainbow to present three of its biggest brands – ‘Winx Club,’ ‘Regal Academy’ and ‘My American Friend’ -- at the upcoming NATPE conference in Miami Beach. 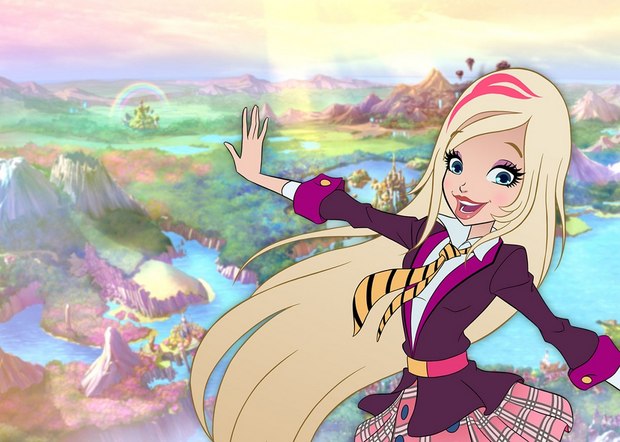 LORETO, ITALY -- Animation studio Rainbow will be presenting three of its biggest brands, Winx Club, Regal Academy and My American Friend (working title), at the upcoming NATPE conference at Miami Beach. This represents the first time Rainbow has been present at NATPE as Exhibitor and will be at booth 120 under the ICE/ATP Italian umbrella.

Winx Club has been delighting millions of devotees for over a decade and, with series 7 recently released across the globe it retains its position as one of the top girls’ properties in the world. The show is screened in over a hundred countries and captivates millions of young girls, from pre-school right up to tween/teen, through the adventures of the Winx Club fairies, as they battle evil and show what can be achieved through the power of friendship. The show is increasingly popular in South America, particularly in Brazil where TV Cultura is reporting huge viewing figures through prime-time slots and will be screening Winx Club for the next two years.

Latin American fans can also enjoy the magic of Winx from season one to five on Netflix thanks to an existing long term partnership with Rainbow and its hit properties. Due to the growing success of Winx Club on the platform, Netflix and Rainbow have extended their relationship which will see the realization of World of Winx original content for the channel.

Winx Club’s dominant position as one of the best-loved family brands in Latin America is reflected by its very strong YouTube presence with over 13 M monthly views with Brazil as the best performing country followed by Colombia, Peru, Argentina, Ecuador, Chile and Venezuela.

Regal Academy is a hilarious and exciting new take on some of our best-loved fairy tales and focuses on the adventures of Rose Cinderella, a normal girl who suddenly finds herself in the world of Fairy Tales. Here she discovers that Cinderella is her granny! Rose is enrolled at the fabled Regal Academy, where her fellow students include Hawk SnowWhite, Travis Beast, Joy LeFrog, Astoria Rapunzel and LingLing Iron Fan, all of whom belong to the school’s founding families. These six famous fairy tale families not only run the school but also the lives of their grandchildren, or at least they try to! When the fairy tale clans aren’t fighting with each other, they’re butting heads with Rose and the rest of the new generation, who have their own ideas about what the life of a “Prince Charming” or a “Damsel in Distress” is all about. The show is aimed at kids aged 6 to 10 and features 26 half-hour episodes. Launch in Latam will be with TV Cultura in October 2016.

My American Friend tells the story of Maggie, an ordinary American girl with a dream of becoming the world’s greatest fashion designer. She gets her chance on her 16th birthday, when she becomes the youngest contestant ever to win a two-year scholarship at the Milan Fashion Academy. There she meets Bianca, a self-proclaimed Italian “princess” and together they discover secrets that will change their lives forever! What brings these two very different girls together is their love of two of life’s greatest pleasure, music and fashion. These themes are at the center of this show. The series started shooting in September 2015 and is aimed at girls aged 8-12.