Rainbow Announces New Broadcast Deals for ‘Mia and me’

Rainbow and Lucky Punch announce new international broadcast deals for the live-action and CGI animated series Mia and me. 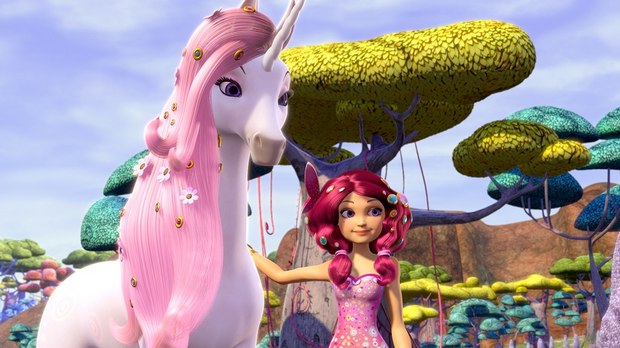 Leading animation studio Rainbow and co-production partner Lucky Punch GmbH/M4e announced the launch of the hit series, Mia and me, on Nick Jr. in the U.S., as well as new broadcast partners in France.

The award-winning show is an original and innovative hybrid of live-action and CGI animation that combines fantasy, adventure and comedy. The storyline chronicles the adventures of 12-year-old Mia as she juggles her life in the real world and in the magical kingdom of Centopia, where she turns into an elf who becomes the guardian of the land’s unicorns.  The series helps build social-emotional skills.

Pierre Branco, VP Southern Europe & Africa, General Manager France & Portugal – Turner, added, “It’s great to announce this deal, Mia and me has a strong awareness in France. The energy of the show perfectly matches with Boing DNA and will contribute to Boing growth.”

These new launches are in addition to the recent ones on Gulli in France, Nickelodeon in the UK and on Clan TVE in Spain.  The series launched on Gloob in Brazil on April 14 and will launch on Eleven in Australia in late May.

“We are delighted to welcome yet more respected broadcasters into the fold and so many premieres each month! Mia and me proves to be an entertaining and successful show popular with audiences and by the day more attractive to broadcasters,” says Luana Perrero, Head of Sales, TV Rainbow Group.”

The show is a big global hit, with more than 70 broadcasters in over 80 territories having snapped up the first series. This popularity has led Rainbow and Lucky Punch to produce a second series, which is due for release in late 2014/early 2015 and a feature film, which is planned for a theatrical release in 2016.

The property is also a merchandiser’s dream thanks to the collectability of the characters. A full range of merchandise has been launched in established territories, including an exciting toy line from international toy partner Mattel. Other prestigious partners include Ravensburger, Egmont, Unilever, Nestle and Panini.

Mia and me is a co - production of Rainbow, Lucky Punch GmbH – a joint venture between m4e AG and Gerhard Hahn, Canada’s March Entertainment, as well as ZDF German Television Network.