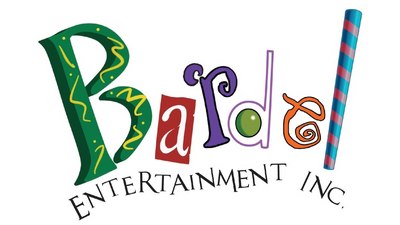 Rainbow is a content powerhouse with a presence in more than 150 countries through hit shows that include Winx Club, Mia and me and brand-new action comedy Regal Academy. The company holds a strong position in the global entertainment industry.

Acquisition of Bardel, which is one of Canada’s biggest studios and works with major companies such as Nickelodeon, DreamWorks Animation, Disney, Warner Bros., Cartoon Network and Adult Swim, highlights Rainbow’s strategic focus on quality content, technological innovation and ability to build a strong presence on a worldwide level.

Rainbow’s status will be boosted even further through the link up with Bardel, which employs around 650 artists across three divisions in Canada. Acquiring such a major player in the North American animation sector underlines Rainbow Group’s status as one of the biggest and most influential studios in the world.

“New productions, new forms of entertainment and new media all mean you can’t stand still in this industry,” says Iginio Straffi, President and CEO of Rainbow Group.  “At Rainbow we know this, which is why we are dedicated to innovation, creativity and a commitment to international growth. As a major player in the global entertainment market, we want to hold this position and the credibility built through more than 20 years in the sector, but also to grow further. This is why we have acquired Canadian company Bardel, a big production force with more than 30 years of history. With our Canadian friends, we will share the continuous search for quality, the attention to detail, and the spirit of innovation. Together, we’ll be stronger and better equipped to turn the many projects we have planned into reality. For Rainbow, this is a very important step forward. We want to retain our identity as we grow but are also ready to embrace the positive energy of a company that like us, is a creative and dynamic force. Together we will face, and overcome, big new challenges.” “Barry and I are very excited to be part of the Rainbow Group and look forward to working together to bring to life high quality feature films, TV series and new media,” adds Bardel Entertainment CEO Delna Bhesania. “With Rainbow’s expertise in licensing and distribution and Bardel's expertise in production the company is well positioned to create first class global brands.”