‘The Star of Andra and Tati,’ ‘Woof-Meow’ and ‘Dixiland’ among media group’s latest animated offerings they’ll be bringing to next month’s market. 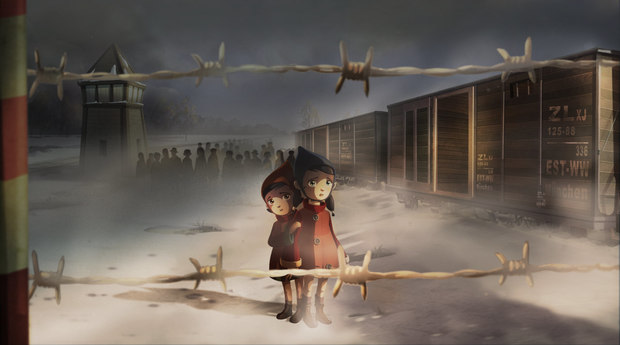 ROME – Rai Com has announced a new slate of “kids & family” shows they’ll be presenting at the upcoming MIPCOM and MIP Junior markets. Together with their latest international acquisitions, Rai Com will highlight these new shows alongside the extensive catalog of their kids’ division partner, Rai Ragazzi.

Rai Com, the commercial arm of the Rai Group, one of the leading European media groups and Italian national broadcasters, has consolidated under one business umbrella all its content business together with multi-mandate distribution of films, restored classics, TV movies & series, documentaries, kids & family, performing arts, entertainment & formats, and sport and music.

Coming to MIPCOM and MIP Junior: The series is the poetic and dreamy representation of a childlike world, in which sweet colorful creatures live. The cute and candid Dixi, the small winged elephant who is the protagonist of the story, joins other creatures as they experience joy, fun and problems. The show is produced by the Italian animation studio T-Reg Digimation and RAI RAGAZZI.

The series features universal tunes that have lasted for centuries and which are well known around the world. Conceived as a spin-off to the preschool series Dixiland, Dixi’s Simple Songs explores the history of children’s songs to create a brand-new series of animated tunes for preschooler entertainment or education. The show is also produced by T-Reg Digimation and RAI RAGAZZI. The series features the funny and entertaining adventures of the two kittens, Binx and Lulu, and their puppy-dog pals Oscar, Snickers, Sparky, and Hopper the Inventor. Together, they play games, make up new inventions and start real or imaginary adventuresome trips to explore the world around them. In each episode, someone gets in trouble and needs the support of the group of friends to solve the situation. The show is directed by Alexey Kotenochkin and produced by Russia’s AA Studio. The following formats are available:

At FumbleLand Elementary School, when a child misspells a word... a Fumble is born! Fumbles are funny, naughty, mischievous… adorable! Each Fumble brings about a Fumble Lesson. The core of the lesson is learning the 3 Fumble Words that make up the Fumble’s name itself. The words extend into a 3-level learning program exposing themes that gradually introduce new and more complex language skills. The show is produced by the Italian studio JB Productions. The Star of Andra and Tati

The Star of Andra and Tati tells the true story of the Bucci sisters, Andra and Tatiana, who were deported to Auschwitz-Birkenau with their family at the age of 4 and 6 years old during World War II. Separated from their mother, grandmother and aunt, they are sent to a “Kinderblok” with their young cousin, Sergio. Although precious family members are lost along the way, due to their own vigilance and the care of another sympathetic inmate assigned to oversee fellow prisoners, the sisters manage to survive until the liberation of the camp. After transfer to Prague, and then to England, the sisters are finally reunited with their parents in Italy. Andra and Tati’s story is intertwined with the experience of a modern-day school trip to that same concentration camp, which gives their lives and what they endured contemporary significance 75 years later. The special is produced by RAI RAGAZZI, Larcadarte and MIUR.