The Radical Sheep and Mickey Roger Media co-production, ‘Ollie! The Boy Who Became What He Ate,’ is based on the popular children’s property by Sheena Macrae. 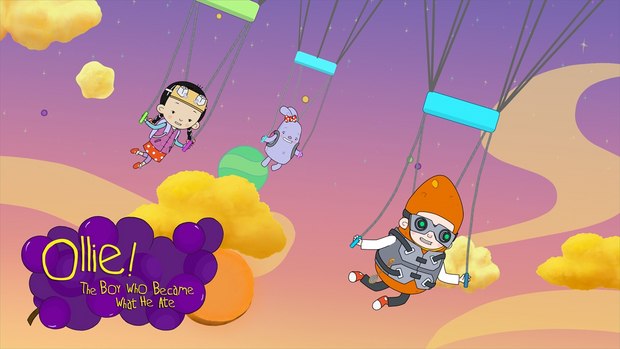 “We are thrilled to hit the airwaves on CBC Kids with this fun and dynamic series about trying new and healthy foods,” said President of Radical Sheep Productions Michelle Melanson Cuperus. “There is an epic adventure in every bite.” Ollie! is an animated super hero series that promotes trying new and healthy foods. The series starps six year-old Ollie, a hesitant eater who turns every meal into an adventure as he becomes what he eats, gaining superpowers that help him to save the day during his food ventures.

“In a fun simple way this show encourages kids and families to make healthy food choices. We hope they'll think of Ollie when they're at the kitchen table or the grocery store," said Marie McCann, interim senior director of Children's Content for CBC.

Boat Rocker Rights is the exclusive global distributor, and will represent the title’s merchandising and licensing opportunities.