TORONTO -- Radical Sheep Productions has acquired the rights to three new properties -- Desmond Pucket, Sprinkle and the Sweet Sugar Magics and Dinoswords -- in time for MIPCOM.

“We are very excited to be working with these incredible creators who have original and unique point of views, and are thrilled to bring these shows to market.” says Radical Sheep VP of production and development Michelle Melanson Cuperus.

Emmy award winner Mark Tatulli’s series of books will be developed as an animated comedy series for kids 6-11.

Desmond Pucket follows “magic monster”-obsessed Desmond, an aspiring special effects wizard and self-proclaimed master of frightology. His days are filled with custom-crafted wriggling worms, goblins that spring from toilets, and elaborate slumber party ghost scares -- all while trying to avoid the wrath of the king of all school officials, the no-fun, uber-strict Mr. Needles. Also on Radical Sheep’s development slate is Sprinkle and the Sweet Sugar Magics. Created by Stephanie Kaliner (Sexy Nerd Girl), Sprinkle is an animated comedy aimed at kids 6-11 about a shy girl named Cara and her best bud Sprinkle, a talking donut who helps Cara find her voice and bring sweet sugar magic to the world.

Created by Phil Ivanusic Vallee (The League of Super Evil) and Mike Geiger (Winston Steinburger and Sir Dudley Ding Dong), Dinoswords is an animated comedy for kids 6-11 that follows the adventures of three very different 12-year-olds, who after accidentally touching the Magic Fossils of Destiny are immediately transformed into Dinoswords, an ancient prehistoric order of dinosaur-costumed butt-kickers.

Radical Sheep Productions Inc. has over 500 episodes of award-winning series and successful licensing programs to its name including Yup Yups, Stella and Sam, and Can You Imagine That. Radical Sheep is currently in production on Fangbone! for Disney CHRGD/DHX, and The Bagel and Becky Show for Teletoon/BBC Worldwide. 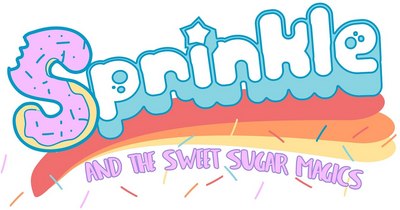