Disney Imagineering CTO remembered for his numerous technical achievements and contributions to popular theme park attractions during his nearly 30-year tenure at the company. 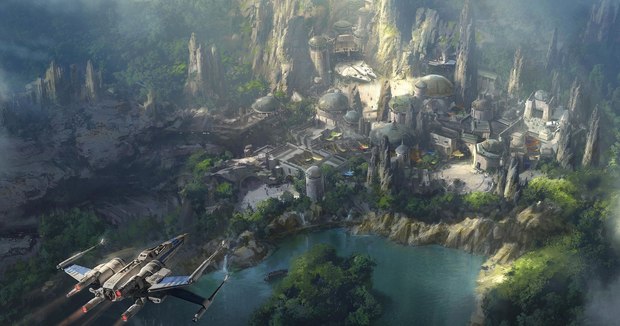 Disney Imagineering CTO Scott Watson has died in a plane crash, according to Deadline. He was reportedly piloting his A320 single-engine aircraft when it crashed into a field in Sylmar, California on Sunday, August 12, and died from injuries sustained during the crash shortly thereafter. The longtime Disney research and development executive was 55. He held 45 patents spanning a range of technological innovations, from the development of real-time rendering tools for computer graphics to new approaches to the design of theme park ride vehicles. He also helped develop a system for interactive multi-screen television broadcasts, which allowed video broadcasts on one screen to be enhanced by simultaneous content delivered to a second device.Watson, who was described as the “quintessential Imagineer,” helped program some of Disney’s most famous theme park attractions over the course of his nearly 30-year tenure, including the Indiana Jones Adventure and the forthcoming Star Wars Galaxy’s Edge.

Watson was directly involved in the development of the Virtual Reality experience Aladdin’s Magic Carpet Ride. That early trial, which ran for nearly a year at DisneyQuest in Orlando, Florida in 1994 and 1995, generated key findings about VR storytelling. He was also behind the creation of the Flying Dragon circling the air over Walt Disney World for relaunch of Fantasyland in 2012:

Disney Imagineering president Bob Weis issued in a statement to ABC News mourning Watson’s passing: “The Walt Disney Company is stunned and saddened by the loss of our long-time friend and colleague, Scott Watson,” Weis said. “Those of us who worked with Scott during his nearly 30-year career at Disney knew him as a humble genius who made making magic look easy. Our hearts are with his family during this difficult time.”

Watson is survived by his former wife, author Sheree La Puma-Watson, and their three children, and fiancé, Maraya Cornell.