Created by acclaimed artists Nikolai and Simon Haas, the 2D sci-fi comedy stars Rashida Jones and is executive produced by Will McCormack. 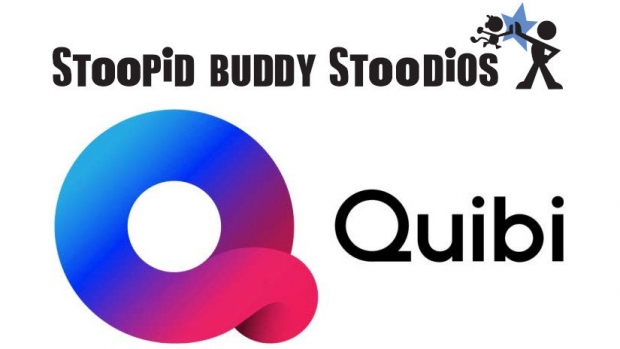 Created and written by the Haas brothers and Johnny Smith, Filthy Animals is executive produced by Seth Green, John Harvatine IV, Matthew Senreich, Eric Towner, and Chris Waters; McCormack and Jones are executive producing through their production company, Le Train Train. Quibi was founded in 2018 by Jeffrey Katzenberg, and is led by CEO Meg Whitman, the former president and CEO of Hewlett Packard.  In January, Quibi announced it had greenlit Gloop World, a clay-based stop-motion series also from Stoopid Buddy Stoodios; that show is created by Justin Roiland (Rick & Morty), who developed the project alongside Harvatine IV and Towner. Harvatine IV will executive produce and direct the show.

Waters, head of development at Stoopid Buddy, shared with AWN that the style of Filthy Animals is very much influenced by the Haas brothers. “They’ve had a tremendous amount of success in the design world, creating engaging sculptural pieces that are technically amazing while retaining a playfulness that translates really well into 2D animation.  At Stoopid Buddy, we pride ourselves on not having a house style, so this is another example of us being inspired by a creator and finding the right pipeline to faithfully translate their work into animation.”

The executive producer notes that because Quibi is hyper-focused on turnstile, full frame viewing on both vertical and horizontal ratio, “Production is particularly challenging when it comes to action sequences, but it’s also exciting because it forces us to rethink the frame and how we tell our stories.”

As artists, the Haas Brothers’ work explores aesthetic themes related to nature, science fiction, sexuality, and psychedelia in materials that range from brass, porcelain, and fur, to highly technical resins and polyurethane. “[The Haas Brothers] They’ve made a career of subverting norms and encouraging us to look at the world through a different, often humorous lens,” Waters shares. “They are optimists at heart, which appeals to our sensibilities and Rashida and Will’s too, so while the series is smart, darkly funny and irreverent, underneath all the style there’s a big old beating heart with something to say.  That’s exciting.”