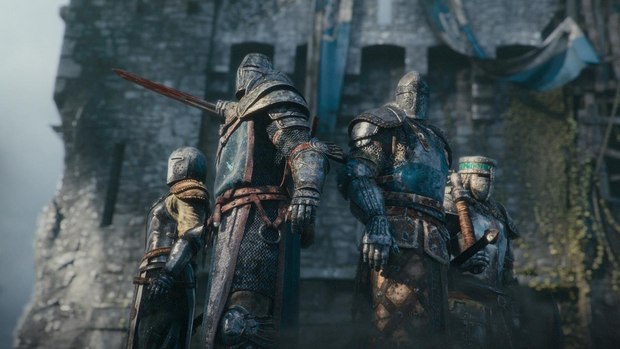 LOS ANGELES – Qube!’s PipelineFx’s intelligent render farm management has created cinematics for AAA games and commercials for Coca-Cola. It's produced viral teasers for the European Space Agency's Rosetta mission and visual effects for Lars von Trier's Antichrist. It's won two BAFTAs, and has been nominated for an Academy Award, a Golden Palm at Cannes, and a Golden Lion at the Venice Film Festival. Over the past five years, Polish animation and visual effects house Platige Image has used this one tool to manage the complexity of this incredible range of projects, Qube!,  PipelineFX's intelligent render farm management system.

Although Platige had previously used other desktop render farm management software, it was drawn to Qube! by its combination of customizability and ease of use

“It's impossible to count how many shots we've rendered through Qube!,” commented Platige lighting artist Krzysztof Dębski. “It must be in the hundreds of thousands. Qube! has an artist-friendly interface, that displays all of the necessary data at once. I can manage all of my jobs, see the logs, and even previews directly from the UI. It also has an 'open-source style' that can be combined with other software easily. It feels like it fills the last gap in a good production pipeline.”

Autodesk’s shot-review and playback tool RV and production-tracking system Shotgun are used alongside the system, creating a powerful infrastructure for Platige employees. Renders feeding into Qube! are created using a combination of Autodesk's modelling and animation packages Maya, 3ds Max and Softimage, as well as The Foundry's compositing standard, NUKE. Because Qube! is built to interact seamlessly with this entire range of tools, the process of managing render jobs has become transparent, even to artists coming to the software for the first time.

“I hadn't used Qube! before I joined Platige, but once I did, I understood why it is used here,” continued Dębski. “I don't know any other render manager with such potential to be so artist-friendly.

As well as its ease of use, Qube! can be readily customized, enabling a studio to create a render-management pipeline that suits its own particular needs

“We now have our own [custom render job] submitter for Maya, NUKE, 3ds Max and Softimage,” said Krzysztof Olszewski, Platige's lighting and rendering lead. “We also have integration with Shotgun, so any complete task from Qube! goes straight there. It enables us to work faster, and makes it easier for our leads to check shots.”

Olszewski also praises Qube!'s clustering system, which enables a studio to create custom groups of nodes within its render farm for specific jobs, or types of jobs.

“In Platige, we have separate departments for commercials, animation and visual effects,” explained Olszewski. “When a project in one area becomes a high priority, Qube! lets us easily add render machines or move them from one cluster to another bringing more power to a particular project. It’s a smart way to maximize our resources.”

Other key features of Qube! include its intuitive error logs, which make it easy for artists to see why a render job has failed and fix the problem before resubmitting it, and the way in which it enables supervisors to assign permissions to individual artists, which often stops jobs failing in the first place.

“That's something we've had problems with in other render-management software,” added Olszewski. “With other tools, every user could block or change priorities on every task.”

Platige continues to grow, both physically and artistically. Now numbering over 250 staff, including directors, animators and visual effects artists, graphic designers and producers, the studio is currently working on an ever-expanding range of projects. In the past year its output has ranged from an interactive Star Wars video installation at New York’s Discovery Times Square to Polish Legends: a pair of visual effects shorts reimagining classic folk tales, complete with an accompanying e-book. The company has even established Platige Entertainment, a new internal division dedicated to live entertainment work, which is currently collaborating on Sky, a spectacular new “stereoscopic 3D musical” at Theater Amsterdam.

For all of this work, Qube! forms an integral part of Platige's production pipeline, adapting to the needs of each individual project without imposing technical restrictions that might hinder its artists' creativity.

“Without render farm management, we would go back to the Stone Age,” joked Krzysztof Dębski. “It's like saying that we could make breakfast cereals without having machines to prepare them.”

With PipelineFX introducing new innovations such as the increasingly powerful ArtistView UI, which provides an artist-friendly overview of complex render jobs, Qube! continues to grow with its users, maintaining its winning combination of technological power that speaks to their requests.

“I've got only one thing to say to PipelineFX,” concluded Dębski. “Keep up the good work!”