Snapper Productions agrees to a deal with CBeebies for 27-minute extended episode, ‘Pootle All the Way.’ 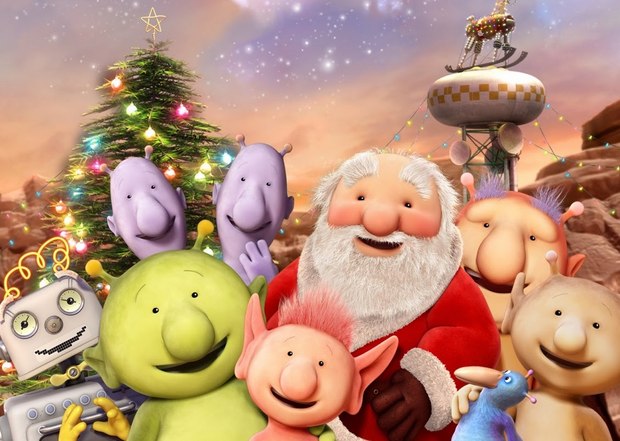 Following the success of the first series of Q Pootle 5, Snapper Productions has agreed a deal with CBeebies which will see the channel acquire the UK rights to Q Pootle 5 Christmas special: Pootle All The Way. The 27 minute extended episode will air as part of the channels Christmas line-up.

The one off special will see Q Pootle 5 and his friends prepare for the happiest time of the year – Christmas. Q Pootle 5, Oopsy, Eddi, Stella, Ray, Groobie and Bud-D are all ready to rehearse the Christmas pantomime. But, when a mayday call interrupts the rehearsal, the friends suddenly find themselves in an epic adventure in which the very future of Christmas is at stake

Ben Butterworth, Snapper Productions, says, “We love Christmas. Having the opportunity to create an extended length episode with the fun, excitement and heart of so many children’s favourite time of the year was a real joy and privilege. What better place to enjoy Christmas on television with your little ones, than CBeebies!”

The British Animation Awards nominated series launched on CBeebies in July 2013. Since its launch, the series has performed above the slot average for its first runs. It has also has been sold to 70 countries worldwide.

The one off special (1 x 27’) is produced by Snapper Productions with animation by BAFTA-award winning animation studio Blue-Zoo. It has been acquired for CBeebies by Kay Benbow, Controller of CBeebies, and Jackie Edwards, Executive Producer for the BBC. The series is distributed by ZDF Enterprises.