Superights is appointed as the international distributor of Cartoon Saloon’s ‘Puffin Rock.’ 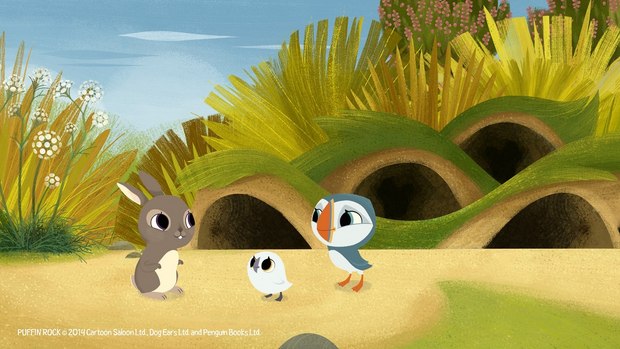 PARIS -- Superights has been appointed as the international distributor of Puffin Rock. Narrated by comedy star Chris O’Dowd, the series is a co-production between Oscar-nominated Cartoon Saloon, Dog Ears and Penguin Random House for RTEJr and Nick Jr UK. Since its launch, the show has been picked-up by NRK (Norway), SVT (Sweden), RUV (Iceland), ABC (Australia) and Netflix (for several territories, including the US and Japan) and will continue its worldwide roll-out.

Set on a wild island off the coast of Ireland, Puffin Rock is a playful green series for preschoolers. The series follows the daily adventures of the cute sister and brother puffling pair, Oona and Baba, who explore their natural environment along with their parents and animal friends.

“With its most charming visual style and unique storytelling, we could not dream of a better addition to our catalogue than Puffin Rock ,” commented Superights' Morgann Favennec, Deputy MD in charge of international sales & acquisitions, “and we are particularly happy to work with and represent such a group of talented people.”