New virtual reality experience for Oculus Rift and HTC Vive is powered by a deck of 22 hand-painted Tarot cards and an accurate real-time map of the solar system. 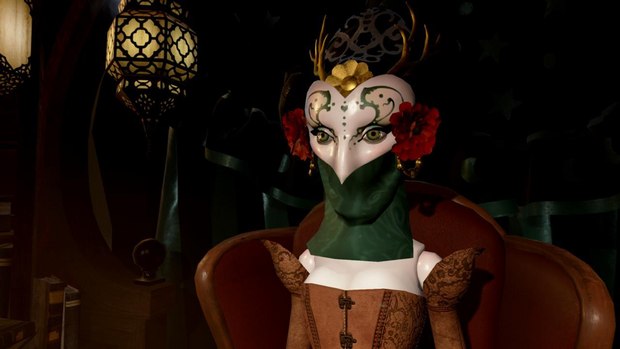 LOS ANGELES -- Would you like to know what the future holds in store for you? Put on your Oculus Rift or HTC Vive headset and take part in a first-of-its-kind daily VR experience: Kismet. Developed by award-winning creative studio Psyop, Kismet is a collection of three activities, including a past-present-future Tarot Card reading (“The Cards”), daily Astrology and Horoscope session (“The Stars”), and ancient board game Ur (“A Game of Wit”).

Powered by a deck of 22 hand-painted Tarot cards and an accurate real-time map of the solar system, Kismet is meant to be experienced daily, with unique outcomes every calendar day that are directly tied to not only the cards that you choose, but your individual birth date and the actual alignment of celestial bodies at the time of your reading. Seated across a table from an enchanted automaton with the power to look into the future, you’ll be transported to a place where magic is real. Named after the mysterious character at its core, Kismet is inspired by the mystic arts of Tarot and Astrology, brought to life in a beautifully detailed, handmade, gothic style.

Kismet sets itself apart from other VR experiences by delivering the antidote to the many adrenaline-fueled, hardcore game experiences that populate the current marketplace. Rather than pilot spaceships or wield weapons of destruction, Kismet uses VR as a bridge to a more contemplative, spiritual place. Kismet was designed as a broadly inviting experience meant to provoke thought and discussion and appeal to a wide audience.

“I’ve been obsessed with mechanical fortune telling machines ever since I was a child,” says Kismet writer and director David Chontos. “Virtual reality has given me a platform to not only create one of those machines entirely from my own imagination, but to step inside of it, and to invite the rest of the world inside with me.”