Psyop Creates A World of Wonder for Toshiba

Psyop partners with McCann to create a world of wonder for Toshiba in Endless Performance. 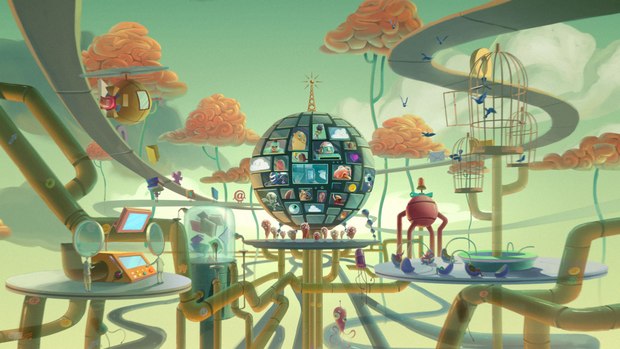 Psyop and McCann took a trip beyond the tablet in Endless Performance and explored the features of Toshiba’s newest device.

“We worked together to define four key themes of the tablet to be characterized throughout the spot: film and music, productivity, gaming and connectivity,” commented Psyop Director Fletcher Moules. “We wanted to articulate each function in a way that was fun and silly, yet informative and worked well with our overall design concept.”

Psyop approached the project as if it were a mini film, working with a team of designers and concept artists to sketch the energetic worlds. The camera moves forward through the unique characters and detailed environments as they dissolve and reveal all four intertwining themes.

“We were tasked with conceptualizing these ideas but given the trust and freedom to roam creatively,” added Psyop Director Kylie Matulick. “Every aspect of this project was extremely collaborative, from early concepting through the finishing touches.”

“Production for Endless Performance was totally different to any other job,” noted Moules. “There is a lot to see in this project and we needed to be sure to strike the balance between content and viewing speed. We hope audiences will find something new every time they watch it.”