Psyop teams with Samsung Galaxy and Cheil Worldwide to deliver the action-packed four-minute epic, ‘The Training,’ which has already reached nearly 40 million views on YouTube. 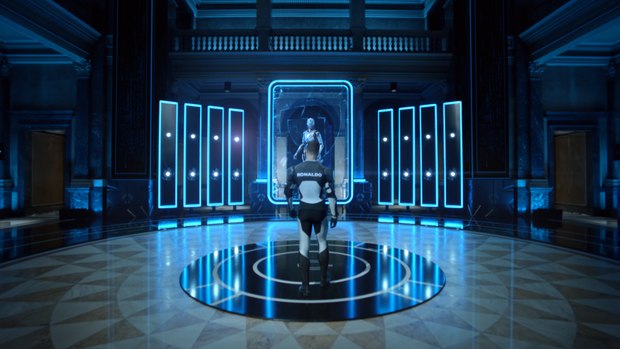 Aliens have finally come to Earth, but they haven’t come in peace. They’ve come with one goal in mind: to defeat Earth’s greatest strikers in a winner-takes-all battle of football skill that will decide the fate of the world.  Late last year, the extraterrestrial invaders descended from the sky to begin their planetary domination with “The Beginning,” the shadowy film introducing Samsung Galaxy’s latest, sci-fi infused campaign. Week by week, we watched as cinematic clips revealed the initiation of the world’s best players to form the ultimate #GALAXY11 -- the only team of footie heroes standing between us and annihilation.

Psyop teams up with Samsung Galaxy and Cheil Worldwide to deliver the next installment, taking the football stars to an ultra-secret facility with the action-packed epic “The Training,” which has already reached nearly 40 million views.  Psyop director Laurent Ledru’s four-minute film amps up the science-fiction aspect with a story arc that follows them as they prepare for battle while using the Samsung Galaxy technology that will lead them into victory.  Highly stylized visuals of holographic creations and hovering robot opponents lend to the futuristic mood of the CG training complex. Ledru notes, “Samsung is the on the cutting edge of technology, so I wanted to create a place that would highlight this visually, while heightening the drama leading up to the ultimate battle.”

The spot was shot over a period of two months in London, Barcelona, Madrid, Munich, Prague and Manchester, with meticulous attention to story and choreography.  “Because of the athlete’s varying schedules we had to shoot each player separately,” comments Ledru. “It was very important that each performance felt authentic to that athlete yet interacted seamlessly with the others.” To execute this intricate feat of filmmaking, Ledru first built a large set to plan the shoot segments and then filmed the body doubles performing the precise choreography. After building a rough edit, and extracting the shots to recreate, Ledru then met the football stars in different locales around the world, where they would execute the acrobatic stunts and moves for the real shot. “Each player was given instructions and guidance but we needed to capture them acting as naturally as possible in front of the green screen despite the CG elements that were to come later,” notes Ledru. One after another, the story came to life, the mood and look of each shot seamlessly integrated.

Training to play football against aliens takes a nontraditional approach. Psyop researched the strengths of each player, working with famed sports choreographer Andy Ansah to blend football stunts with parkour while keeping personal styles intact. The commanding presence of Messi nailing his targets is perfect for the role of team captain, and for Ronaldo the glory of the arena fits his larger-than-life persona.

Psyop manned the feature film-worthy CG and VFX, and Cut + Run’s London and LA offices handled the editorial.  Of the final product, Ledru says, “When everything did come together ­ the hyperreal design work, cutting edge Samsung technology, uniforms fit for superheroes the spot really resonated a fantasy atmosphere.”

The final frames of “The Training” take a surprising twist, as the alien overlord is revealed looking down upon earth from his mothership, plotting the overthrow of mankind. The cliffhanger ending leaves us hungry for the next chapter of the Samsung Galaxy saga as the epic showdown grows ever nearer.