Continuing the #GALAXY11 saga, Psyop teams with Cheil Worldwide to release ‘Galaxy 11: The Match’ for Samsung. 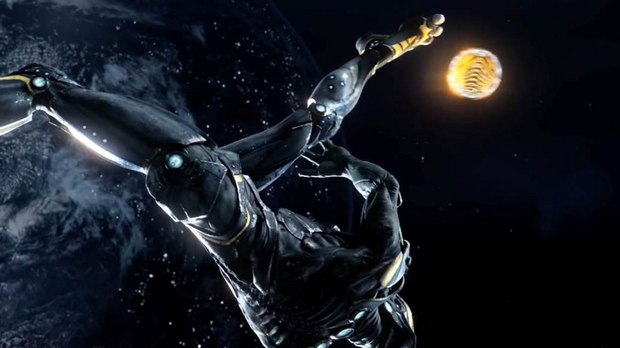 The world’s greatest footballers unite as a team for the ages to challenge a mysterious force of aliens in a virtual football match unlike anything ever seen on earth.  It began late last year when extraterrestrial invaders declared a galactic football match in “The Beginning,” the thrilling video introducing sci-fi inspired Galaxy 11 campaign developed by Samsung. The video details mankind’s one chance at survival: beating a species of aliens in the ultimate “winner takes the earth” showdown.

Over the course of eight months, Samsung released a series of cinematic clips featuring 13 of the world’s best football stars, who have joined together as the #GALAXY11 team to protect humanity from extinction.  The multi-platform marketing campaign by Samsung and its partner Cheil Worldwide is the latest of its kind in story and scope, reaching new heights in brand storytelling with the release of broadcast and online content. Through fresh content and new ways for fans to join in the campaign, Galaxy 11 is keeping fans captivated, tallying over 110 million views.

Now the final chapter of the high-stakes saga is finally here. Led by legendary footballer Franz Beckenbauer as team manager, the heroic #GALAXY11 team leads the charge against alien domination in Episode One of the video “Galaxy 11: The Match,” directed by Psyop’s Todd Mueller and Laurent Ledru. Cheil supported creating the overall concept of the campaign, with a creative twist.  Psyop was tasked early on in the process with the exploration of the story and characters to develop the video, which then shaped the rest of the campaign.  Stepping beyond traditional directorial and production roles, Psyop collaborated as a close creative partner with Cheil, bringing in as part of the development process two experienced feature writers, Brian McCauley Johnson (CAA) and Marc Hyman, to concept a unique story that would serve to highlight the Samsung brand. Together, Psyop and Cheil crafted an evolving fantasy-infused drama that merges the fans’ universal love for sports and entertainment.

“Samsung is breaking through the preconceived notion of what consumers will watch, and showing marketers that if you approach content in a bold, entertaining way, people willingly engage with it online,” remarks Mueller of the collaborative experience with Cheil.  “Making content that puts the energy into production can attract a new type of audience. That’s something that we truly value at Psyop as we push forward with own IP initiatives, so it is extremely rewarding to work with Samsung and Cheil.”

“Galaxy 11: The Match” is a reality-bending battle of human vs. alien action fit for the big screen. Fans will enjoy the suspenseful match watching as the world’s best players handle the ball past the hyper-realistic CGI alien opposition, while the play-by-play commentary by famed football broadcaster Martin Tyler brings a sense of realism to the game at hand.

The highest level of collaboration and artistry was needed to execute a concept with so many creative and technical challenges. To capture the sequences, the Psyop visual effect crew flew around the world to take 3D scans of each player.  From there, Psyop’s artists textured and rigged each model to capture the likeness of our famous team.  Psyop then cast local football talent and recorded the choreographed sequences using motion capture. In addition to the motion capture, the frames were then hand animated to carefully finesse the elements and ensure the mood and look of each shot was seamlessly integrated. To make sure the personal style of each player was kept intact, Psyop enlisted former three-time World Cup player and US Olympian Cobi Jones as technical director for the motion capture process. Having had the personal experience of playing against these top-class players, Cobi was able to assess the 6-8 stand-in players during the MoCap process to see what acrobatic attributes each had that would best serve to mimic the pros. Cobi explains, “We focused on the specific moves and techniques that are so identifiable for each of the players - from Cristiano Ronaldo’s step overs and his stoic free kick stance, to the Messi’s weaving runs and signature goal scoring celebration where he looks up to the heavens and puts his two pointer fingers in the air.”

To keep the campaign aligned with Samsung’s cutting edge technologies, creative teams worked to highlight and incorporate the products into the experience in a way that felt natural to the storyline.

The result is an expertly crafted piece of cinema that unites the industry-leading Samsung brand with fans across the globe in a genuine and engaging story. Todd Mueller says, “We’re helping a brand approach their audience in a very modern and bold way that rewards fans by putting entertainment at a premium. It’s still marketing, but more importantly, it’s a gift for the fans.”