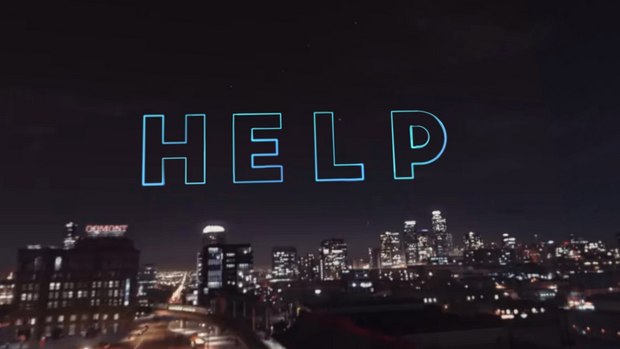 Dedicated VR division got its start in 2014 with Proof’s work on Justin Lin’s short film ‘HELP’ for Google Spotlight Stories.

Created to bridge the world of storytelling and technology, PRIME builds upon the knowledge and experience gained from visualizing over 300 feature films, including such blockbusters as Captain America: The Winter Soldier, Guardians of the Galaxy and Furious 7. Combined with the latest developments in virtual reality and real-time computer graphics, the result is a studio capable of creating immersive visualizations for any project, including location based entertainment, large-scale installations, live events and VR experiences.

“VR is an exciting new world and opens up the possibility of completely new kinds of experiences,” said Frankel, “and we’re thrilled to be a part of it. We are a creative company, made up of storytellers and animators. PRIME will allow us to remain focused on the core creative process while keeping up with the rapid pace of development of real time and virtual reality technologies. Driving that effort will be Christopher Bellaci, our new division’s Head of Business Development & Sales. Chris is a great addition to the team.”

The genesis of PRIME began in 2014, when Proof was invited to work with Justin Lin on HELP, a VR film for Google Spotlight Stories. Previously, Proof worked with Lin on several of the Fast & Furious films. Realizing the approach to feature film previs was amazingly well suited to the immersive story-telling needs of virtual reality, Proof’s proprietary tools and techniques, combined with years of experience working on feature films, made the transition from cinematic storytelling to immersive storytelling seamless.

“We also discovered remarkable similarities between visualization for immersive VR projects and visualization for live events, theme park attractions and large-scale art installations,” continues Frankel. “These mediums demand a real sense of presence -- the audience should see and feel the environment surrounding them. Creating that experience requires a commitment to the technologies and the platforms that support Virtual Reality -- that’s where the launch of PRIME comes in.”

“I knew two minutes after putting on a headset for the first time that I was ‘all in’ on VR -- it was that compelling,” Bellaci adds. “The trick then was to find an ideal point of entry into the business, and I think I nailed it in joining Proof and helping launching PRIME. My goal now is to leverage my diverse industry network and help PRIME expand into the myriad markets in which immersive visualization and design can thrive.” From 2008-2010, Bellaci served as Executive Producer at Aguru Images, a hi-tech VFX startup. The company specialized in ultra-high resolution, hyper-realistic 3D facial and materials imaging services and capture hardware sales. As an important part of the digital double creation process, Bellaci and his team provided facial scans for high-profile projects, including the cast of GI Joe: Rise of Cobra; Indian cultural icon Rajinikanth for the film Enthiran (the most expensive Bollywood film ever produced), and Nelly Furtado for the music video Jump by Flo Rida, a marketing tie-in for the Disney feature film G-Force.Prior to joining PRIME, Bellaci served as the overseas supervisor for RGH Entertainment on the stereoscopic 3D, computer-animated feature film Postman Pat: The Movie, based on the hit U.K. franchise. Bellaci began his career in the animation and VFX business in 1997 as a motion capture artist at pioneering motion capture studio House of Moves in Los Angeles. There, his very first project was James Cameron’s Titanic, where he worked on the digital characters walking around, working on and eventually falling off the doomed ship. He went on to become the studio’s first production manager in 1998 and held the post until 2007.

Bellaci has also worked at Motion Analysis Studios in Hollywood, where he served as general manager and was involved with the feature film Green Lantern and the TV series Falling Skies, Terra Nova and Sid the Science Kid. In addition, he was also the company’s primary liaison to The Jim Henson Company, where he and his team were an integral part of their Emmy Award-winning Henson Digital Puppetry Studio solution for on-set, real-time 3D animation previs, and final animation production.