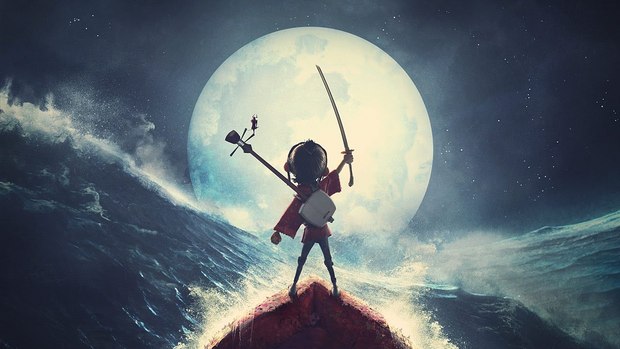 CHICAGO -- SIGGRAPH 2016, the world’s leading annual interdisciplinary educational experience showcasing the latest in computer graphics and interactive techniques, will be presenting “Making of” Production Sessions for a number of high-profile hit motion pictures, video games, VR films, and theme park attractions during this year’s conference. With the tagline “Render the Possibilities,” SIGGRAPH 2016 will be held at the Anaheim Convention Center, July 24-28.

The annual SIGGRAPH Production Sessions program presents the best and brightest visionaries in computer graphics and visual effects. Whether it’s technical tips, a deeper understanding of the business, pure inspiration, or a glimpse of the vision behind some of the most amazing cutting-edge projects, the Production Session takeaways resonate for years to come. For a closer look at this year’s upcoming Production Sessions visit s2016.SIGGRAPH.org/Production-Sessions.

Technical knowledge and inspiration aren’t the only takeaways from the Production Sessions at SIGGRAPH. Studios often bring props and costumes from their projects for an up-close look at the detail and artistry that is involved in the making of visual effects magic. Additionally, there are frequently giveaways and goodies on hand, as well as time for attendees to secure autographs from industry notables and presenters.

“Huge crowds gather every year for the Production Sessions at SIGGRAPH. One reason, of course, is that there’s a chance to get a behind-the-scenes glimpse at the creative process that goes into some of the biggest, blockbuster films, as well as video games and other multimedia projects,” said SIGGRAPH 2016 Production Sessions Chair Mikki Rose. “But there’s also the chance to speak artist-to-artist in a Q&A format, and geek out with friends and colleagues. The only thing cooler than watching special effects on screen is learning how they were created.” From Armadillo to Zebra: Creating the Diverse Characters and World of Zootopia

Kubo and the Two Strings: One Giant Skeleton, One Colossal Undertaking

For this upcoming film (in theatres August 19), LAIKA launched an immensely powerful puppet — to scale. The result: a giant (18-foot) skeleton with a 24-foot wingspan, a massive undertaking involving the studio’s interdependent and collaborative crew. A miniature version of the puppet (approx. 3-feet tall) will be on display during the conference. LAIKA panelists for this session include: Steve Emerson, VFX Supervisor, and Steve Switaj, Engineer, Camera and Motion Control.

The Making of Pearl, A Google Spotlight Story

“Pearl” is a Google Spotlight Story directed by Oscar-winning animator Patrick Osborne. Conceived as a 360-degree experience, the film takes place entirely in a car and explores the gifts we inherit from our parents. The storyline collapses decades into minutes through montage, and can run on devices ranging from mobile phones to VR headgear, in real time. Google’s panelists for the section include: Patrick Osborne, Director; Rachid El Guerrab, Spotlight Stories Project Lead; David Eisenmann, Producer; and, Cassidy Curtis, Tech Art Lead.

Under the Sea – The Making of Finding Dory