Former Production I.G. VP has overseen all phases of development, production and distribution of the company’s marquee projects, most recently serving as co-producer of Paramount’s live-action ‘Ghost in the Shell’ feature. 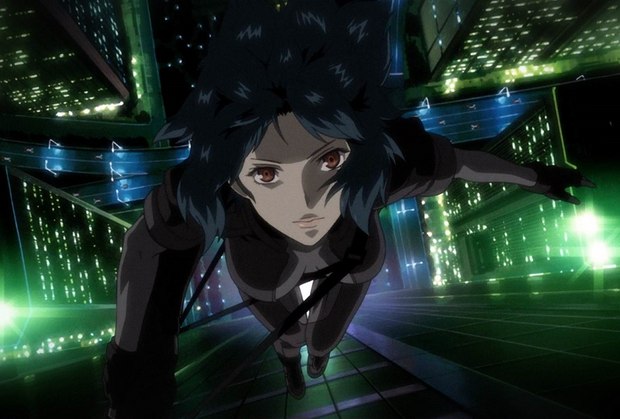 Production I.G.’s ‘Ghost in the Shell.’

LOS ANGELES -- Production I.G., one of the world’s leading animation production houses, inspiring Hollywood creators with works such as Ghost in the Shell, Blood: The Last Vampire, the animated sequence for Kill Bill: Vol. 1, A Letter to Momo, Attack on Titan, and many more, has announced that Maki Terashima-Furuta has been promoted to the role of President.

Terashima-Furuta founded the U.S. subsidiary of Production I.G. in 1997 and has served as Vice President of Production I.G. since then, during which time she has overseen all phases of development, production and distribution of the company’s marquee projects including, Mamoru Oshii’s Avalon, Ghost in the Shell 2: Innocence, Cartoon Network’s IGPX, Lucas Animation’s Clone Wars, Warner Bros’ Batman: Gotham Knight, Netflix’ Cyborg 009 and Perfect Bones, and most recently DreamWorks’ Ghost in the Shell (2017), as Co-Producer. “Maki has been the driving force of spreading manga in the USA,” said Production I.G. chairman Avi Arad. “Her deep understanding and support was crucial in getting our first live action manga, Ghost In The Shell, going. Under her leadership, Production I.G. has expanded its horizons into original anime programming for Netflix and others. She is full of life, optimism, and just a pleasure. Her commitment to this form of art is unyielding.”

“Maki, Avi and I make up the smallest yet probably mightiest team of Production I.G.,” said Mitsuhisa Ishikawa, President and CEO of Production I.G. “I’ve always considered Maki as a proprietor, as opposed to an employee. She has shown great faith and dedication to our mission, and I am certain that her strong leadership skills will take the company to another level.”

Legendary director Mamoru Oshii considers Maki indispensable to his work. “I’ve known Maki for over 15 years,” says Oshii, “and not only has she managed post production for all of my work, she’s also provided all kinds of other vital support during the process. She’s not blood-related to the CEO of Production I.G., but there’s no doubt that they share the same essential spirit. She’s become a world-renown ‘Wild Business Woman,’ someone with incredible instinct and courage. And I feel truly optimistic about her future.”

“I’ve always known that anime was an integral part of the Japanese culture, but the huge leaps it has made since I entered the scene is humbling,” says Terashima-Furuta, looking back to when she first started in the industry some 20 years ago. “I’m constantly excited and inspired to not only continue to strengthen its brand, but also to help bring this deeply resonate art form and the stories and culture that are an intrinsic part of it, to people all around the globe.”

Established in 1987, Production I.G. is one of the world’s leading animation studios. For their storytelling and quality of animation, Ghost in the Shell (1995, directed by Mamoru Oshii, No. 1 in U.S. Billboard Top Video Sales Chart 1996), Jin-Roh: The Wolf Brigade (1999, directed by Hiroyuki Okiura, Official Selection at Berlinale 1999), and Blood: The Last Vampire (2000), have earned critical accolades in Japan and around the world. Ghost in the Shell 2: Innocence, directed by Mamoru Oshii in 2004, became the first Japanese animation feature ever to compete for the coveted Palme d’Or at the Cannes Film Festival.