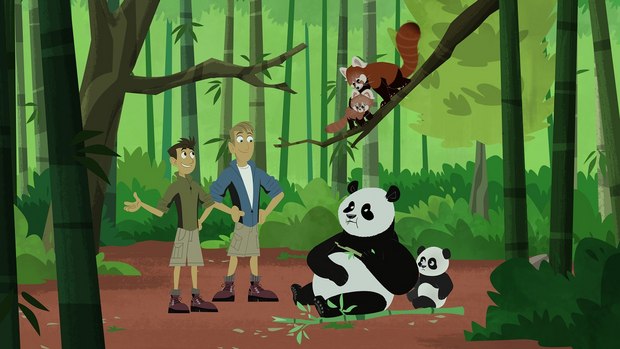 TORONTO, ON -- Kratt Brothers Company and 9 Story Media Group have announced that production of season five of the hit animated series Wild Kratts is now underway for PBS KIDS in the U.S. and TVO and Knowledge Network in Canada. Wild Kratts continues to grow in popularity. The fifth season will include another 20 episodes, taking the total episode count to 138. The new season is expected to premiere on PBS KIDS in 2017.

In addition to the announcement of season five, 9 Story Media Group has announced that it has secured a raft of new sales for the program around the world. Various seasons have been acquired by RTBF (Belgium), VRT (Belgium), E Junior (UAE and Israel), Noga (Israel), RTE (Ireland), SIC (Portugal), and TVC (Spain).

Wild Kratts premiered on PBS KIDS in the U.S. in 2011 and on TVO, Knowledge Network and Télé-Quebec in Canada. The series was created and developed by real life brothers and zoologists Martin and Chris Kratt, who star in the show as animated versions of themselves. Wild Kratts is a co-production between Kratt Brothers Company and 9 Story Media Group. Kratt Brothers Company distributes the series and manages licensing for the brand within North America, while 9 Story handles all international distribution and licensing rights.