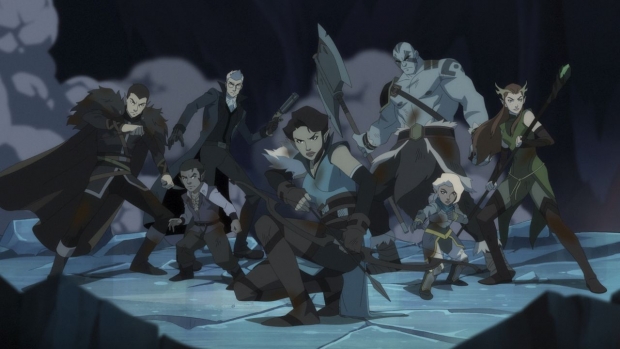 Prime Video pushed up the release date of its highly anticipated adult animated fantasy-adventure series from Critical Role and Titmouse, The Legend of Vox Machina, which now hits the streamer on January 28. The series will be released in more than 240 countries and territories worldwide. Treating audiences to a glimpse of the animated fantasy, the streamer has also shared a clip and image from the show.

Based on characters and adventures from Critical Role’s first livestreamed tabletop role-playing game (RPG) campaign, The Legend of Vox Machina follows Vox Machina, a band of misfits with a fondness for boozing and brawling. In a desperate attempt to pay off their mounting bar tab, these unlikely heroes end up on a quest to save the realm of Exandria from dark magical forces. From a sinister necromancer to a powerful curse, the group confronts a variety of obstacles that not only test their skills, but also the strength of their bond.

Critical Role is a story-driven media company created by a group of nerdy-ass voice actors that started out sitting around a table together as friends creating epic stories. Thanks to 88,887 Kickstarter backers, Critical Role’s The Legend of Vox Machina came to life; originally planned as a 22-minute animated special, the 2019 crowd-sourcing campaign raised a whopping $11.3 million, morphing the project into a 10-episode series. When Amazon Studios picked up the series, it built on the record-breaking support by ordering an additional 14 episodes, bringing the total number of ordered episodes to 24 across two seasons, which will stream exclusively on Prime Video.