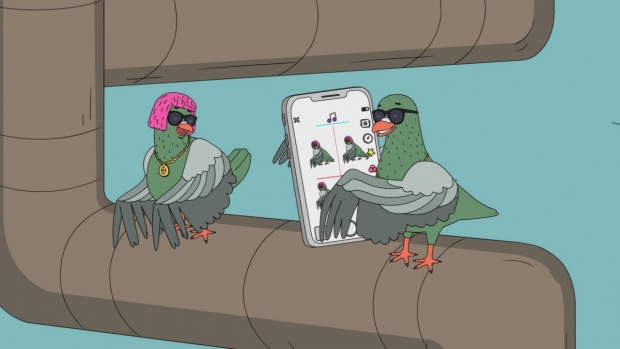 Amazon Prime Video has just dropped the trailer and poster for their all-new adult 2D animated comedy series, Fairfax; all eight episodes will premiere on October 29, exclusively on Prime Video in more than 240 countries and territories worldwide.

The show stars Skyler Gisondo, Kiersey Clemons, Peter S. Kim, and Jaboukie Young-White as four middle school best friends on their never-ending quest for clout on Fairfax Avenue in Los Angeles - the pulsing heart of hypebeast culture. The series is about the timeless struggle to be cooler than you are, to fit in while standing out, and what it feels like to wait in line for a pair of sneakers you’re never going to cop.

Check out the trailer – installation art has never been this hot!

Additional executive producers include Jon Zimelis and Jason U. Nadler for Serious Business (@midnight); Peter A. Knight (BoJack Horseman); and Chris Prynoski, Ben Kalina, and Antonio Cannobio for Titmouse (Big Mouth). The artist Somehoodlum, who designed the characters for the series, serves as a consulting producer alongside the pop/internet culture clothing and media brand Pizzaslime.