Prime Focus Talks ‘Sin City: A Dame to Kill For’ at SIGGRAPH 2014

Global VFX company presents an advanced discussion of its work on ‘Sin City: A Dame to Kill For’ at SIGGRAPH 2014. 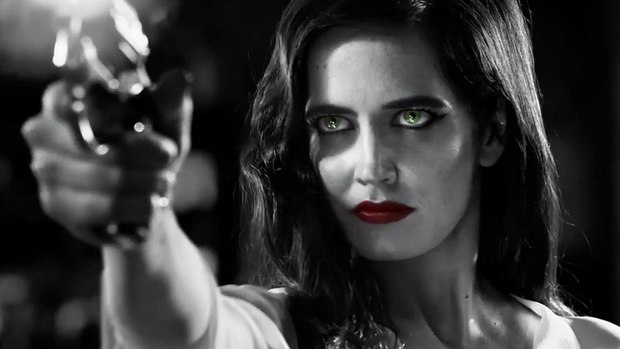 VANCOUVER -- Global visual effects company Prime Focus World -- which recently merged with London-based VFX house Double Negative -- presented an advanced discussion of its work on Sin City: A Dame to Kill For at SIGGRAPH 2014 on Tuesday. The film is a special project for Prime Focus, which holds a financial stake in the production while handling all of its 2,282 VFX shots.

According to a report by The Hollywood Reporter, VFX supervisor Stefen Fangmeier and Prime Focus co-founder and chief creative director Merzin Tavaria related that the look of the sequel needed to both respect the look of co-director Frank Miller’s graphic novels and the 2005 Sin City film, while also "taking it to a new level." That meant balancing a look that was both stylized and photoreal, and this time with stereoscopic 3D.

The live action was shot entirely on a green screen in native 3D, and then there was substantial work that including 65 fully CG locations and 1,500 CG assets. The VFX team numbered roughly 700 -- not including the Prime Focus staffers that handled the stereoscopic 3D conversion work -- and were based primarily in Prime Focus’ Mumbai and Vancouver facilities. The Mumbai facility handled nearly 1,800 of the shots, while the Vancouver facility was responsible for nearly 500 shots. The global effort also involved some from Prime Focus’ London and L.A. offices, as well as connecting to co-director Robert Rodriguez’ base in Austin, Texas.

From Dimension Films, Sin City: A Dame to Kill For is set to open August 22.