Deal for German/Australian 3D animation feature includes all rights for the United Kingdom, the Republic of Ireland, Norway, Sweden, Denmark, Finland and Iceland. 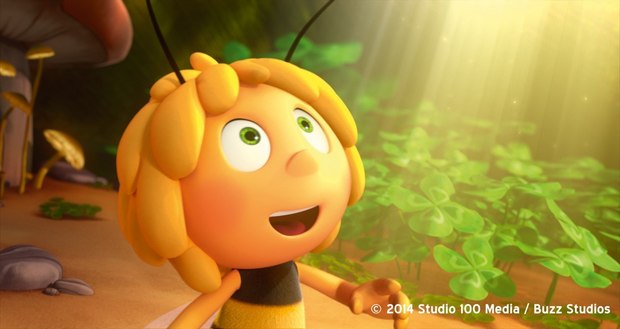 Munich-based world sales company Studio 100 Film has closed a deal for the U.K. and Scandinavia to the German/Australian 3D animation feature Maya the Bee with London-based Primal Screen. The deal includes all rights for the United Kingdom, the Republic of Ireland, Norway, Sweden, Denmark, Finland and Iceland.

Studio 100 Film has sold the animated feature film Maya the Bee in over 170 territories so far, including North America.

“We are very happy to cooperate with Primal Screen,” commented Studio 100 Media CEO Patrick Elmendorff. “This deal gives Maya the chance to charm new fans and reach a wider audience in the English-speaking regions of Europe and in Scandinavia.”

“Maya the Bee is a truly endearing character, having already entertained generations of children and adults,” said Primal Screen CEO Tim Grohne. “We are delighted to be partnering with Patrick and his team to introduce Maya to cinema audiences for the very first time.”

Maya is a little bee with a big heart. She dreams of an exciting life of freedom, fun and adventure -- the world is simply far too interesting to stay inside a hive! Her funny attempts to fit in get her into trouble with the Queen’s narrow-minded royal advisor, Buzzlina. With her best friend Willy, Maya buzzes out into the meadow on an exhilarating adventure of self-discovery.

Maya the Bee is based on a German children’s novel by Waldemar Bonsels, “The Adventures of Maya the Bee,” which was published in 1912. The book has been translated into many other languages and enjoyed by children all over the world. In addition to the book, Maya the Bee has also appeared in comic book series, several animated series for television and now a major animated feature film.