Non-profit organization dedicated to the advancement and development of previs across disciplines including feature film, television, commercials, games, visualization and architecture announces the first of many planned initiatives. 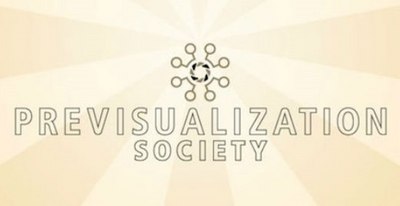 In an effort to expand its member base, the Previsualization Society has announced changes to some of its membership policies.

Shifting the focus of the Society’s fundraising efforts to from membership dues to other sources, including event fees and increased sponsorship, annual dues have been eliminated. Instead, the Society will now charge an attendance fee for Society events. So, while it’ll still cost to attend events, the upside of the new changes is that anyone can join and members will only have to pay for what they use.

Founded in 2009 by pioneering previs specialists Colin Green, Daniel Gregoire, Brian J. Pohl, Chris Edwards, David Dozoretz and Ron Frankel, the Previsualization Society is a non-profit organization dedicated to the advancement and development of previsualization across disciplines including feature film, television, commercials, games, visualization and architecture. The Previsualization Society promotes effective applications, standards and practices, education and practical knowledge exchange, and is committed to cultivating, documenting and articulating the capabilities of an evolving medium that is playing an integral role in how content is made.

This is the first of many planned new initiatives from the Society, which will be part of a bold new direction. More information will be coming soon -- in the meantime head over to the Previsualization Society website  to become a member.