Animation notables, plus all three Winsor McCay Award winners, will be in attendance at the annual event -- dedicated this year to the late June Foray. 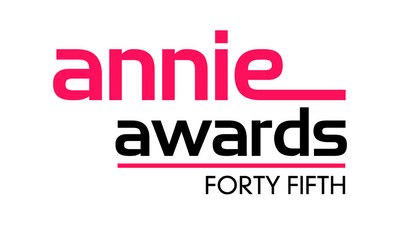 BURBANK, CA -- ASIFA-Hollywood announced the slate of presenters today for the 45th Annie Awards, set for this Saturday, Feb. 3, from UCLA’s Royce Hall in Los Angeles.

This year’s event will be live-streamed online, starting at 7 p.m. To watch, visit annieawards.org/watch-it-live.

"This year, besides our tremendous slate of awards and honors, we will be dedicating the ceremony to our beloved June Foray," says Frank Gladstone, ASIFA-Hollywood's executive director. "More than anyone else, June was responsible for founding the Annies 45 years ago. This will be the first year she is not going to be with us, so we will do our best to remember and celebrate June's creativity, generosity and unrelenting advocacy for the animation community."

This year, all three Winsor McCay recipients will attend the ceremony. The Winsor McCay Award for career contributions to the art of animation are being presented to three recipients: British character animator, James Baxter; SpongeBob SquarePants creator, Stephen Hillenburg; and the Canadian animation duo, Wendy Tilby and Amanda Forbis.

The Ub Iwerks Award for technical advancement that has made a significant impact on the art and industry of animation will be presented to TVPaint for its versatile software for 2D animation.

The Special Achievement Award recognizing the unique and significant impact on the art and industry of animation will be presented to Studio MDHR Entertainment for its 1930s inspired wonder-game Cuphead.

The June Foray Award for significant and benevolent or charitable impact on the art and industry of animation will be awarded to animation historian, Didier Ghez.

The Certificate of Merit award will be presented to David Nimitz, devoted friend and caretaker of veteran voice actress and ASIFA-Hollywood and Annie Award pioneer, June Foray, who passed away in July at the age of 99.

The black-tie event will kick-off at 5 p.m. with red carpet arrivals and a VIP champagne reception, followed by the awards ceremony at 7 p.m. and after-party immediately following the show.