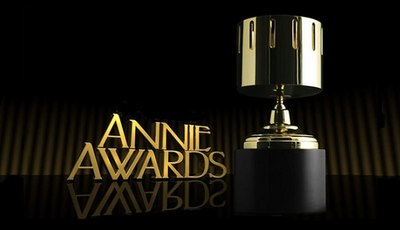 BURBANK, CA -- Saturday, January 31 marks the 42nd Annual Annie Awards recognizing the year’s best in animation. The black tie event will kick-off at 5:00 p.m. with red carpet arrivals and a VIP champagne reception, followed by the awards ceremony at 7:00 p.m. and after-party immediately following the show. All events will be held at UCLA’s Royce Hall.

“Since 2002, the Annies have often been a predictor of the annual Academy Award for Best Animated Feature,” Gladstone remarked. “And each year our audience, nominees and range of films grows to encompass a wider and increasingly influential filmmaking community.”

General Admission tickets for the ceremony-only can be purchased through the UCLA Box Office, 310.825.2101 or Ticketsmaster.com. VIP tickets are sold out.

ASIFA-Hollywood is the world’s first and foremost professional organization dedicated to promoting the art of animation and celebrating the people who create it. Today, ASIFA-Hollywood, the largest chapter of the international organization ASIFA, supports a range of animation activities and preservation efforts through its membership. Current initiatives include the Animation Archive, Animation Aid Foundation, animated film preservation, special events, classes and screenings. The Annie Awards were created in 1972 by legendary voice actor June Foray and have grown in scope and stature for the past four decades.