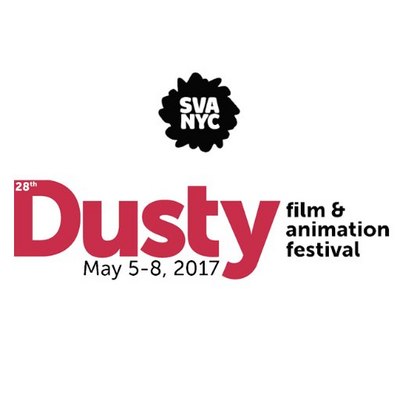 Reeves Lehmann, chair of the BFA Film and BFA Animation programs at the School of Visual Arts (SVA), along with award-winning producer, Annie Flocco, producer/director of the Dusty Film & Animation Festival, have announced this year’s presenters for the 28th Dusty Awards:

Media personality Valerie Smaldone returns to emcee the event, which is taking place at the SVA Theatre, 333 West 23rd Street, NYC on Monday, May 8, at 6:30pm EST. (Red carpet event begins at 5:30pm.) The event streams live at dusty.sva.edu.

This year, in conjunction with the event SVA will present Dusty Outstanding Alumni Awards to Academy Award-winning composer Michael Giacchino (BFA 1990 Film & Video)-Up, Lost, Rogue One: A Star Wars Story; producer and founder of Titmouse, Shannon Prynoski (BFA 1994 Film & Video)-The Venture Bros., Niko and the Sword of Light (Amazon Original), Nerdland; and director/producer and founder of Titmouse, Chris Prynoski (BFA 1994 Animation)-Motorcity, Nerdland, Metalocalypse. Hoping to carve their own path to success, more than 15 film and animation thesis students, out of over 100 who are graduating this semester, will receive awards for film, directing, screenwriting, editing, cinematography, documentary, animated film, character animation, and animation production design, among others.

“The Dustys and the award ceremony have become one of the country’s foremost events for discovering new talent in film and animation,” states Reeves Lehmann. Annie Flocco agrees, “Year after year, the event brings attention to remarkable work by SVA students, and proves to be a launch pad for many successful careers.” Recent alumni and student achievements include Gillian Robespierre (BFA 2005 Film & Video), writer and director of the feature Landline, which premiered at the Sundance Film Festival 2017 and was acquired by Amazon; Randall Emmett (BFA 1994 Film & Video), producer of the Oscar-nominated 2016 feature Silence; and BFA Film senior Ameer Kazmi, winner of the 2016 Coca-Cola and Regal Films national competition, who will be screening his thesis film at the Dusty Festival this year.

School of Visual Arts has been a leader in the education of artists, designers and creative professionals for nearly seven decades. With a faculty of distinguished working professionals, dynamic curriculum and an emphasis on critical thinking, SVA is a catalyst for innovation and social responsibility. Comprising of more than 6,000 students at its Manhattan campus and 35,000 alumni in 100 countries, SVA also represents one of the most influential artistic communities in the world. According to Animation Career Review, (one of the top animation school rankers in the country), SVA was recently named the #1 animation college on the east coast and #5 nationally among the top two percent of schools.