Award for producer Marie Bro and director Siri Melchior boosts plans for an extended television series based on the books by Danish author Kim Fupz Aakeson. 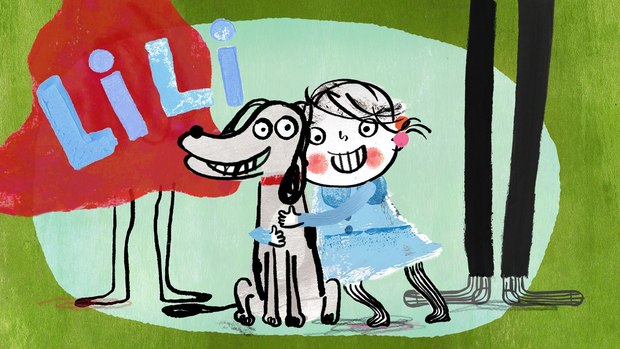 On Saturday evening, producer Marie Bro and director Siri Melchior were presented with a Cristal for the Jury Award for Best TV series at the 40th Annecy International Animation Film Festival, taking them a step closer to producing an extended series.

”This film transported us in our childhood, reminding us never to grow up, because it’s a trap,” the jury commented in giving the award.

The original series of 14 “Lili” books by acclaimed Danish author Kim Fupz Aakeson were published in the Nordic countries and France. Eight four-minute episodes were produced with co-financing from broadcasters TV2 Denmark, SVT, YLE, NRK, RUV and support from the Danish Film Institute, Creative Europe and Nordisk Film & TV Fond. Following a successful broadcast debut, plans were made to extend to a series of 52 episodes in order to launch the property to a global audience. The project was presented at Cartoon Forum 2015 and received very positively. This year three episodes of Lili were in competition in the Generation Kplus category at the Berlinale International Film Festival and Union Media has been appointed as international distributor.

Lili is a unique and charming series about a little girl which reflects the reality of life as a small child. Lili does not always behave perfectly but after all she is still young and does not always understand what she should and should not do. She is headstrong and exuberant and thinks she can do much more and be more independent than perhaps she is really able to.  The originality of this series lies in the honest depiction of our main character and the truly humorous stories. No matter our age, we recognize ourselves in Lili´s experiences.

Further pre-sales and co-production proposals have already been received and the Annecy win will certainly boost the already strong interest in the series. Following discussions with international broadcasters the episode time length may be extended to five minutes.

“The fact that director Siri Melchior has won two years running the Jury Award for best TV-series in Annecy demonstrates her huge talent and the Lili pilot films have indeed been touring the biggest festivals since they premiered at the Berlinale in February,” Bo remarked. “The series has an exceptional tone thanks to the unconstrained and slightly rebellious attitudes of Lili and the unique design makes this series stand out in one eye blink. The vivid line, sparkling colors and many hand-painted and lovingly crafted details in the animation are outstanding.”