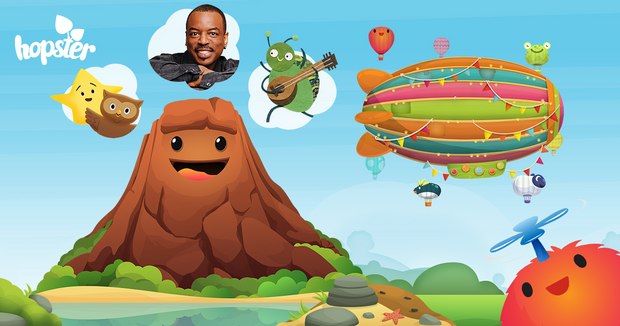 LONDON -- Hopster, the app that helps kids learn through the shows and games they love, announced that it has launched a channel on the Roku streaming platform in selected territories.

The global, ad-free preschool entertainment platform will be available to millions of active Roku users in the US, Canada, UK and Ireland, and with a localized French language app, in France. Developed with little fingers and big thinkers in mind, the Hopster channel for Roku devices is not only colorful and fun, but is also designed to be easy-to-use and intuitive for the young users.

Used by over one million families worldwide, Hopster has been making screen time a win-win for kids and parents on mobile, tablet and selected smart TVs since 2013. It has been named best streaming video platform by Kidscreen and has topped the App Store charts in over 36 countries.

Striking the perfect balance between learning and fun with its games and educational programming, Hopster prides itself on providing guilt-free entertainment for preschoolers with no ads or inappropriate content. Hopster features a great line-up of hit shows such as Peppa Pig, Super Why!, Teletubbies, Reading Rainbow and Monster Math Squad. Although content will vary country by country, while on the app, kids will only ever see shows that are not just fun, but also nurture their development. All content available on the Hopster platform is carefully selected to support the Hopster Discovery Learning Map – a bespoke curriculum for preschool learning.

“Roku has been taking the streaming media market by storm with its great quality and affordable devices. So we are delighted to be launching on the platform,” said Nick Walters, CEO at Hopster. “We believe that it’s important that kids can have access to a reliable, safe and ad-free app where they will only ever see the best learning content. We hope that by reaching millions of families via the Roku platform, we will help parents relax guilt-free, knowing when on Hopster, their little ones will always learn and discover something new.”

“Hopster is a great addition to our streaming line-up, offering a wide variety of streaming entertainment for kids; from classic nursery rhymes, to Bob the Builder and Caillou. By choosing Hopster, parents can assure their little ones get to watch entertainment that they approve,” said Ed Lee, Vice President of Content Acquisition at Roku.

Hopster is now available on Roku streaming players in the US, Canada, UK and Ireland, and France. It is also available on Roku TVs in the US and Canada. The channel is free to download from the Roku Channel store and after a complimentary one-week trial. With one subscription, families will get access to Hopster across all of their devices. They will enjoy a huge library of shows to watch and download on their phone and tablet, and can try out Hopster’s suite of educational games and interactive features.