‘The Powerpuff Girls: Tiara Trouble’ features all 12 episodes from first season of the Emmy-nominated hit series. 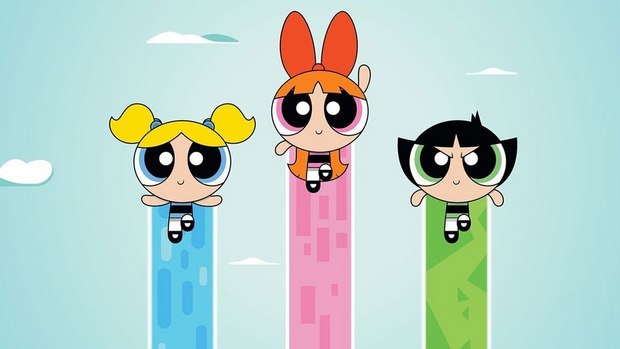 It’s sugar and spice and everything nice this Valentine’s Day, with Cartoon Network’s DVD release of The Powerpuff Girls: Tiara Trouble, available February 14, 2017. Everyone’s favorite superhero sisters, Blossom, Bubbles and Buttercup are back and better than ever in the all-new, reimagined The Powerpuff Girls, the iconic Cartoon Network series, which returned to television this past April after more than a decade. Now consumers can own 12 action-packed episodes from the Emmy-nominated hit series’ first season. It is girl power at its best with this refreshing new take on a pop culture classic, which is capturing the hearts of a whole new generation of viewers.  The Powerpuff Girls: Tiara Trouble will retail for $14.97 SRP. Three of the cutest, fiercest, pint-sized, crime fighters are back! Superhero sisters, Blossom, Bubbles and Buttercup are busting up all the baddies and saving the world…before bedtime. Known to their fellow citizens of Townsville as The Powerpuff Girls, together, they protect their beautiful, bustling metropolis from sinister evildoers, intent on taking over. Juggling school, homework and a regular parade of villains is no easy task but The Powerpuff Girls are more than up to the challenge. With occasional help from Professor Utonium and the Mayor of Townsville, the girls take on such super villains as Princess Morbucks, Manboy, Mojo Jojo, the Gangreen Gang, Fuzzy Lumpkins and several others. Armed with major cuteness, supercool powers and some topnotch teamwork, this adorable power trio is ready to take the world by storm!

The current adaptation of The Powerpuff Girls was nominated for an Emmy Award for Outstanding Short Form Animated Program.  In its first four weeks on Cartoon Network, the series reached over 19 million persons 2+ and almost five million kids 6-11. For its premiere, The Powerpuff Girls ranked #1 for the day across all the networks with kids 6-14. The series ranked #1 in its time slot for premiere week with kids 6-14.

Included in the 12 episodes is “Once Upon a Townsville,” Emmy-nominated for Outstanding Short Form Animated Program, and “Viral Spiral,” the series’ highest-rated episode to-date.