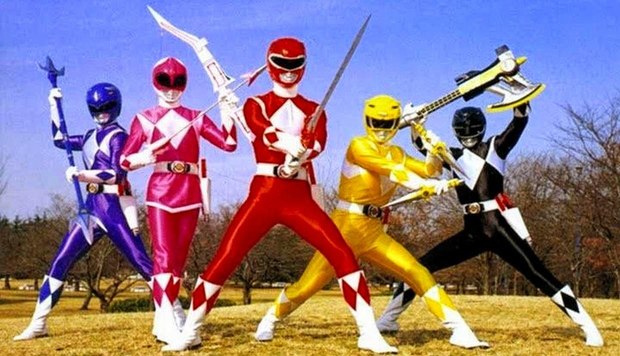 The upcoming Power Rangers movie being developed by Lionsgate and rights holder Saban Brands will be scripted by X-Men: First Class writers Ashley Miller and Zack Stentz, according to a report by The Hollywood Reporter.

Additionally, Roberto Orci, one of the screenwriters behind The Transformers and Star Trek movies, is coming on board as an executive producer. Orci will develop the movie’s story along with Miller and Stentz, with the latter two handling screenwriting duties.

Power Rangers was a '90s TV series and global marketing franchise, initially called The Mighty Morphin Power Rangers, which used footage from a Japanese children’s show. It first aired on Fox Kids then in the 2000s on Disney-owned channels. A movie also hit theaters in 1995.

The new movie promises to completely re-envision the Rangers, a group of high school kids who are infused with unique and cool super powers but must harness and use those powers as a team if they have any hope of saving the world.

Haim Saban, who created the franchise, will produce Power Rangers with Saban Brands’ head of development and production Brian Casentini. Also producing is Allison Shearmur, who oversaw The Hunger Games when she was Lionsgate’s president of production and recently produced Disney's Cinderella.

In addition to First Class, Miller and Stentz also have screenplay credit on Marvel’s Thor and are working on a Terminator TV series. They worked with Orci on Fringe, the cult TV show Orci created with Kurtzman.

In addition to three Transformers movies and two Trek films, Orci’s writing credits include Mission: Impossible III, The Amazing Spider-Man 2 and Cowboys & Aliens, among several others.