Industry veterans Blair Peters and Nick Orchard team up to create a funny, fresh take on the classic TV show that originally ran over 18 seasons with 387 episodes. 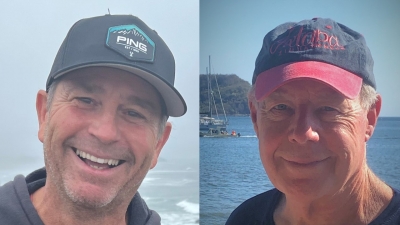 To mark the 50th anniversary of the hugely popular Canadian television series The Beachcombers, industry veterans Blair Peters and Nick Orchard have teamed up to bring an animated version to life.

The CBC show created by L.S. Strange and Marc Strange is one of the most successful drama series in the history of Canadian television, with 387 episodes over 18 seasons. “We are super excited to bring these iconic Canadian characters to a whole new audience,” shared Peters, who co-founded Studio B Productions in 1988 (now known as Wildbrain) and later sold it to DHX Media in 2007. Under his watch, the studio was best known for Yvon of the Yukon, Being Ian, and Kid vs Kat.

Peters, who worked on the original series, has inked a deal with the show’s original creators and will be working out designs and concepts in the coming months with a plan to pitch the series to Canadian, US, and European broadcasters in Spring 2023.

“The goal is to take all the best parts of the original series and build on them to tell stories with humor and heart while tackling real issues the world faces today,” noted Orchard. “I look forward to working with Blair, who has years of animation industry experience collaborating with all the top toon companies, such as Disney, Nickelodeon, Cartoon Network, YTV, Teletoon, and Family Channel.”

Orchard, who began as a child actor, went on to produce shows including The Beachcombers (CBC), Eastenders (BBC), and Brookside (Channel 4) and has spent the last 30+ years as head of Soapbox Productions Inc.

“Nick knows these characters inside and out, and I look forward to working with him to create a funny, fresh new take on the series that can reach a younger, wider audience, including the US market, as did the wonderful Canadian-made series Schitt’s Creek,” added Peters.

The Beachcombers, a half-hour family adventure, ran on CBC from 1972 to 1990 and is Canada’s second-longest-running scripted television series. The series is said to have been pivotal in developing film production in British Columbia and establishing an early template for uniquely Canadian content on television. It was named one of Canada’s all-time best television series in a 2017 Toronto International Film Festival poll. The show has been licensed to over 35 countries worldwide and translated into numerous languages.