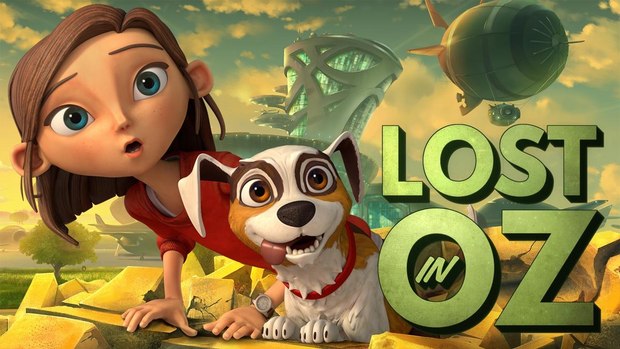 Japan’s Polygon Pictures has announced that the studio will be producing animation for Lost in Oz, the new original series from Amazon Prime Video and production company Bureau of Magic.

Lost in Oz is an animated action-adventure comedy for children ages 6 to 11 set in a modern, metropolitan Emerald City. Stranded in this spectacular world, 12-year-old Dorothy Gale befriends West, a young, street-smart witch grappling with dark temptations, and Ojo, a giant munchkin. With Dorothy’s dog Toto, this unlikely crew embarks on an epic journey, seeking out the magic Dorothy needs to get back to Kansas. The challenge for Dorothy, and everyone else in this world, is that Oz is facing the greatest magic crisis in eons.

Founded in July 1983, PPI is one of the largest digital animation studios in Japan and produces cutting-edge entertainment content in keeping with their mission to “do what no other has done, in unparalleled quality, for all the world to see and enjoy.” Notable works include Transformers Prime, Star Wars: The Clone Wars (both Daytime Emmy award winners), Tron: Uprising (Annie award winner), Knights of Sidonia (Director: Kobun Shizuno), Ronia, the Robber's Daughter (Director: Goro Miyazaki), Ajin: Demi-Human (Supervising Director: Hiroyuki Seshita, Director: Hiroaki Ando) and more.