Godzilla's first-ever animated feature film to be produced by the Tokyo-based animation studio behind Production I.G’s ‘Ghost in the Shell,’ ‘Knights of Sidonia,’ and the forthcoming ‘Blame!’ to be written by Gen Urobuchi  and directed by Kobun Shizuno and Hiroyuki Seshita. 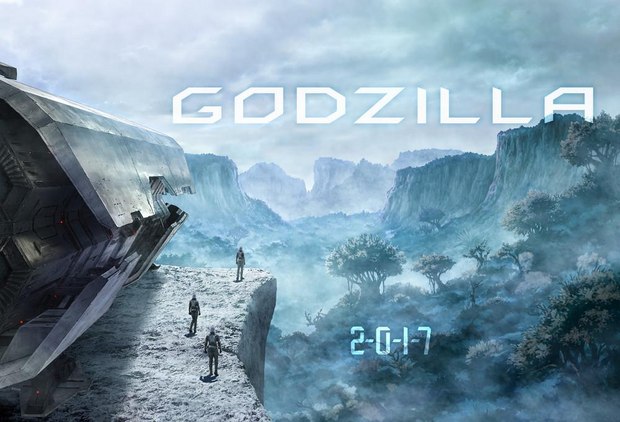 Japanese film production and distribution giant TOHO has announced that Tokyo-based animation studio Polygon Pictures is set to produce an animated Godzilla feature, according to a report by Anime News Network.

The Godzilla anime feature -- Godzilla's first animated feature film -- is currently in the works for a 2017 theatrical premiere. It will be directed by Kobun Shizuno, who previously helmed Detective Conan: The Darkest Nightmare and other Detective Conan movies, as well as Fist of the North Star: The Legend of Kenshirô, Fist of the North Star: The Legend of Toki and Knights of Sidonia, and Hiroyuki Seshita, the director of Blame! and Ajin. Graphic novelist Gen Urobuchi (Madoka Magica, Thunderbolt Fantasy Puella Magi, Fate/Zero, Psycho-Pass) created the story and will be writing the screenplay.

Polygon Pictures is the animation production studio behind features such as Production I.G’s Ghost in the Shell, Knights of Sidonia, and the forthcoming Blame! for Netflix.

TOHO's newest Godzilla feature, Godzilla: Resurgence (Shin Godzilla), opened in Japan on July 29th, with plans for an international release from Funimation to follow in late 2016. With the first Godzilla film released in 1954, the 29 features in the live-action franchise have collectively sold upwards of 100 million tickets in Japan.

In the U.S., Roland Emmerich’s Godzilla was released by Sony in 1998 and made nearly $380 million at the worldwide box office. That was followed by Gareth Edwards’s reboot of the franchise in 2014, which finished it global run in theaters with a total of $528 million. Legendary Pictures is currently planning to release Godzilla 2 in 2019, and Godzilla vs. Kong in 2020.

The Japanese franchise also inspired two American animated series: one from Hanna-Barbera that ran from 1978 to 1980, and Godzilla: The Series, from Sony, which served as a follow-up to the 1998 film.

Godzilla made its anime debut earlier this year in a crossover episode with anime series Crayon Shin-chan, which aired on Japanese television on July 22. The designs for the character were based on the designs used in Godzilla: Resurgence, and sounds from the movie, such as Godzilla’s roar, were used as well.