‘Pokémon The Series: XY’ to air in Nickelodeon’s boys’ action block, with the 19th season premiering in 2016. MUNICH -- The Pokémon Company International has announced that major children’s channel Nickelodeon in Germany has acquired the latest seasons of Pokémon the Series: XY, including the current season, Pokémon the Series: XY Kalos Quest. The seasons will begin airing in July during Nickelodeon’s Saturday morning boys’ action block, with the 19th season premiering in 2016.

This latest deal will significantly extend Pokémon’s presence in Germany and allow the series to reach a younger audience (age 6–13), while complementing Pokémon’s existing linear broadcast slot on ProSieben MAXX, targeted at an older audience.

In addition to the two linear broadcast platforms, The Pokémon Company International recently signed an SVOD deal with SUPER RTL, who have acquired the rights for Pokémon the Series: The Beginning (the first two seasons of Pokémon animation) for their new SVOD kids platform Kividoo. This deal complements an existing deal with German-language VOD site Watchever.

“We are thrilled to be joining forces with Nickelodeon. Their boys’ action block is the perfect platform to help us to extend the brand’s presence in Germany,” said Emily Arons, Senior VP of International Business at The Pokémon Company International. “With core older fans still able to watch content on ProSieben MAXX and multiple content available through our SVOD platforms, Pokémon fans in the country will be able to watch the series wherever and whenever they want.”

“Pokémon the Series: XY is a great addition to our all-important boy targeted Saturday morning block,” added Victor Coolman VP Programming & Acquisitions Nickelodeon North Europe, Viacom International Media Networks Northern Europe. The Pokémon series is a long running and very successful show and we’re confident of a great response from your viewers when the show airs from July on Nickelodeon.”

Pokémon animation is broadcast in more than 160 countries in more than 30 languages. The series follows Ash, Pikachu, and their friends, and spans nearly 900 episodes across 19 seasons. 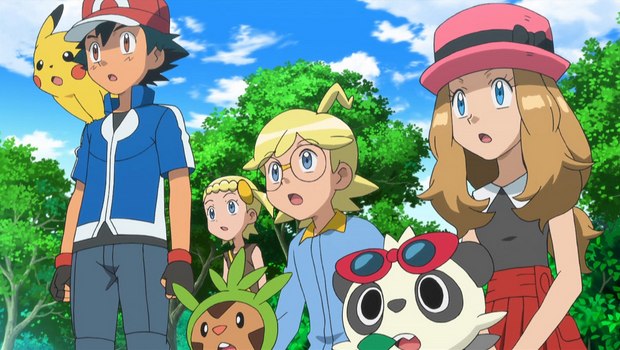