The artist discusses the ins and outs of what an editor for animation does, and what it takes to produce a new episode each month of his own indie show. 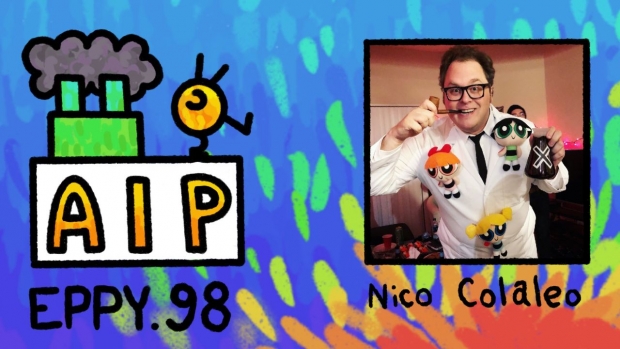 Take a moment to head over to Terry Ibele’s Animation Industry Podcast, home now to 103 in-depth interviews he’s done with a very cool selection of artists from animation and related industries. With a new podcast every week, Ibele is dedicated to sharing the stories of today’s animation professionals - how they got to where they are, and what they learned along the way.  Episodes cover all areas of the industry, including storyboarding, writing, animating, directing, visual development, game design, and more. Guests have included the notorious JJ Villard, Spike & Mike’s Spike Decker, Disney Director John Musker, Sony Lead Animator Humberto Rosa, Cuphead’s Tina Nowracki, Frederator’s Fred Seibert, Tumble Leaf’s Scarlet Nelson, and many others from major animation studios all over the world.

This episode features Nico Colaleo who shares the ins and outs of what an editor for animation does. He also reveals how he started his own indie show, Ollie & Scoops, and the resources it takes to pump out an episode each month.

Watch Ollie and Scoops on YouTube Ibele, himself a stop-motion animator (see AWN’s Fresh Takes piece on his whimsical short, The Silly Duck Wizard), deftly digs into all manner of topics, encouraging interviewees to share insights and opinions on a wide range of topics like pitching shows, marketing your work online, key skills studios look for when they bring on talent in storyboarding, vizdev, character design and animation.