Chris Lavis and Maciek Szczerbowski, who produced ‘Madame Tutli-Putli’ and ‘Higglety Pigglety Pop! or There Must Be More to Life’ with the National Film Board of Canada, discuss their upcoming NFB film and how they created strange hats for Cirque du Soliel. 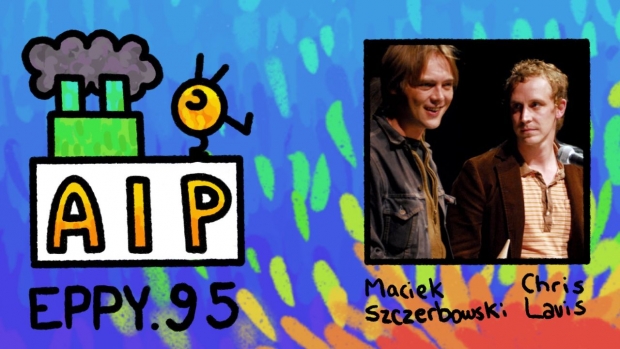 Take a moment to head over to Terry Ibele’s Animation Industry Podcast, home now to 97 in-depth interviews he’s done with a very cool selection of artists from animation and related industries. With a new podcast every week, Ibele is dedicated to sharing the stories of today’s animation professionals - how they got to where they are, and what they learned along the way.  Episodes cover all areas of the industry, including storyboarding, writing, animating, directing, visual development, game design, and more. Guests have included the notorious JJ Villard, Spike & Mike’s Spike Decker, Disney Director John Musker, Sony Lead Animator Humberto Rosa, Cuphead’s Tina Nowracki, Frederator’s Fred Seibert, Tumble Leaf’s Scarlet Nelson, and many others from major animation studios all over the world.

His most recent interview is Episode 95: Clyde Henry Productions Talks About Animation, Storytelling, Puppets, and Snails.

This episode features Chris Lavis and Maciek Szczerbowski of Clyde Henry Productions, who share their experiences creating animation, puppet, and live-action films over the last decade. Some of their notable works include Madame Tutli-Putli and Higglety Pigglety Pop! or There Must Be More to Life, both co-produced with the National Film Board of Canada.